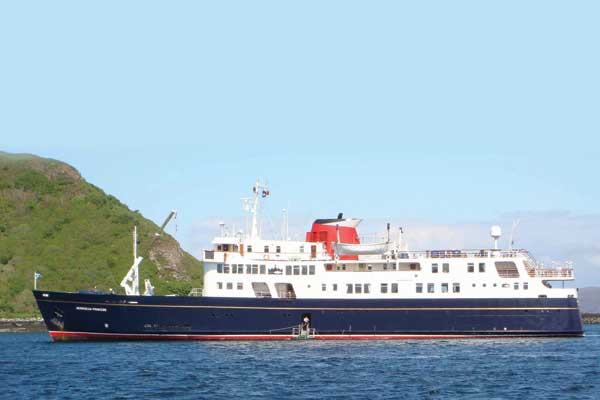 All Leisure Group sold off its Hebridean Island Cruises brand ahead of cancelling sailings with its other cruise operators Swan Hellenic and Voyages of Discovery, it has emerged.

Hebridean, the Queen’s favourite cruise line, was sold to a group of well-known travel professionals for an undisclosed sum around a month ago. Abta included Hebridean Island Cruises Ltd in a list of new members circulated today.

The latest changes will heighten speculation about the future of All Leisure, which sold specialist operator Discover Egypt to its management in August last year. It now operates under new company Platinum Holidays, which was set up in May.

Hebridean’s cruise ship, the Hebridean Princess, was sold in December 2015 and in June last year All Leisure de-listed from the Alternative Investment Market of the London Stock Exchange. The operator Hebridean Island Cruises – a one-ship luxury ocean cruise line which has been chartered several times for holidays by Queen Elizabeth II – is now owned by a group of investors led by All Leisure Group chairman, Roger Allard.

Allard will run the new company as chairman, with fellow board members ex-Unijet boss Nigel Jenkins, travel industry accountant Chris Photi and current Hebridean managing director Ken Charleson, who will transfer to the new firm along with all 10 staff.

Some, but not all of these shareholders, were behind the acquisition of the Hebridean Princess vessel under the company name HP Shipping Limited in 2015.

Travel Weekly was this week unable to reach Allard to comment on the changes or the cancellation of January cruises with Swan Hellenic and Voyages of Discovery for “operational reasons”.

Swan Hellenic told some 300 passengers booked on a voyage from Marseille to Tenerife, departing (today) January 3, that the 15-day trip aboard Minerva would not be going ahead, only on December 30. The company said customers will be contacted shortly about refund procedures.

Sister company, Voyages of Discovery, has cancelled a ‘Riches of the Orient’ cruise, starting from Malaysia (tomorrow) on January 4. The trip aboard Voyager was due to take in Borneo, Cambodia, Thailand and Singapore.

Agents who had customers booked on the cancelled sailings, plus bookings on future sailings, said they had been left in the dark by All Leisure.

“All we know is what we have been told by them; that the cruises have been cancelled; and what has been covered in the press. We had quite a few customers due to go on the cruises, most of them single and older so it’s a big deal for their holiday to be cancelled. It was totally out of the blue, we don’t know what is happening with refunds but I am sure the customers’ money will be protected.”

“The Hebridean Princess has Royal Warrants because The Queen has used the ship a number of times for her family.”

He said the business, which sells both direct to consumers and through the trade, had been sold as a ‘going concern’ and reassured agents that all forward bookings would be honoured and clients looked after.

“Nothing will change at all. The company is Abta and Atol-bonded and all customers are going to be cared for and will get the holidays that they have booked.”