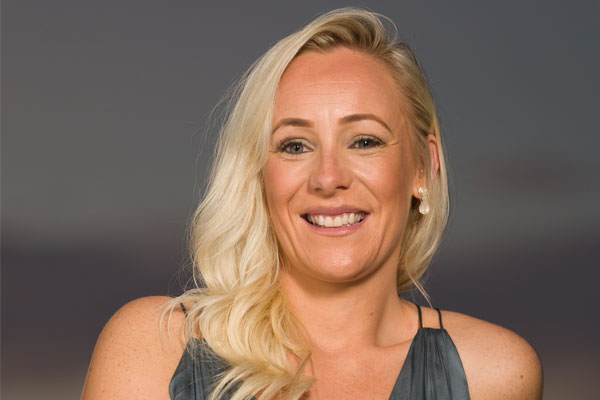 Q. Why did you enter Cover Stars?
A. I’d never won anything in my life before this. A week or two after entries opened for Cover Stars, one of my colleagues suggested I try it. She’d won a place on it four years ago and said it was the best thing she ever did. When I got the call at work to say I’d won, we were jumping all over the office.

Q. What were your travelling companions like?
A. They were all lovely. We were able to Facebook message each other before the trip and get to know each other. A lot of us were also able to meet the night before our flight as we stayed in the same hotel. We are all still in touch. We went to Travel Weekly’s Globe Travel Awards together in January and sat on the same table and that was amazing. The Globes was an added surprise and we were all buzzing to be together again.

Q. What were your flights like?
A. The British Airways flights were fabulous. We were in the economy cabin on the way out and it was the first time I’d flown British Airways long-haul. We were upgraded to premium economy on the flight home and I slept the whole way back. It was my birthday when we landed back in the UK and I was woken up to everyone singing happy birthday.

Q. How was your first time in Miami?
A. It was amazing. South Beach was my favourite bit. We went there on the last day and it felt like a film set; I was trying to FaceTime as many people as I could. The Eden Roc hotel has to be the best hotel I’ve stayed in. It was huge and my room and balcony looked out over the beach. [Fellow Cover Star winner] Matt [Griffiths] and I went out to walk on the beach and took selfies in the morning before we left for the ship.

Q. What did you think of Norwegian Sky?
A. I’d not been on a cruise ship like this. It was so big and I got lost all the time. We had balcony cabins and it felt marvellous. I loved the food and my favourite place to eat was the French restaurant called Le Bistro. I think I tried everything. The cabins were amazing and it was great to have room service and breakfast on the balconies. It was very relaxed too; I thought it might be more formal but it was very chilled out. You never had to wait for anything; the service was top-notch.

Q. What were your Bahamas highlights?
A. It was great to swim with pigs at Great Stirrup Cay. At one point we didn’t think we would be able to do it but the NCL representative arranged it for us. That’s got to be one of my highlights and I really don’t think I’ll get to do that ever again in my life. Getting a selfie with a pig was one of the hardest selfies I have ever taken!

Q. How was your photoshoot?
A. I’d never done anything like that before. Steve the photographer was great fun and made me feel at ease. He was making me laugh and captured that moment. He tells you to work it like a model! I think people thought we were famous as they were stopping to watch us. I wasn’t as nervous as some. I thought if that’s what I have to do to come on the trip, then I’ll just get on with it.

Q. Has the trip benefited you at work?
A. Because I hadn’t been on a cruise like this before, it’s given me a lot more confidence in selling cruise. I find that cruise customers know so much already, researching about cruises before coming in, so now I can have a conversation with them and share knowledge about experiences, food and entertainment on board. I’ve sold loads more cruises since coming back.

Q. What are your top tips?
A. I’d say booking a three-night all-inclusive cruise at the end of a trip to Florida is a relaxing way to end a multi‑centre holiday. I’ll always recommend it.

‘Selling travel is all I know; it’s in my blood’

I did a modern apprenticeship when I left school and joined Thomas Cook in 2002. I remained there until I joined Dawson & Sanderson in 2016.

I left Thomas Cook three years ago when there were some redundancies made, so I thought I’d jump ship.

I was so sad to see the demise of Cook and I still have a lot of friends who worked there. No one thought it would happen. At Cook, I sold a lot of packages, but here we sell everything. I could book an America multi-centre trip followed by a package to Benidorm. I really like the variety.

With Thomas Cook, I took an educational to Malta, and that was it. Here, we’ve been to cruise ship openings and we get to do so much more and get invited to lots of events. I love my job. If I wasn’t an agent, I have no idea what I’d do. This is all I know; it’s in my blood.