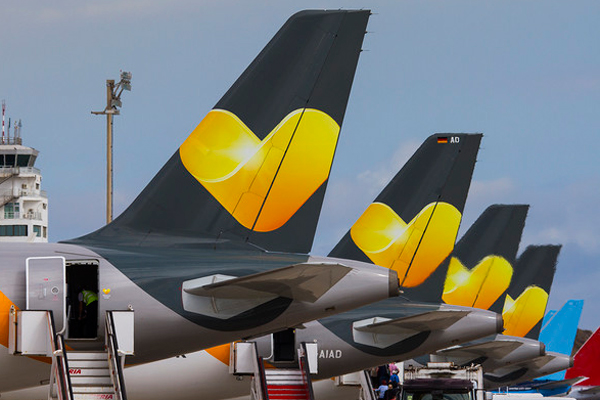 Aircraft owned by failed airlines would be used to repatriate passengers under new government plans.

Proposed legislation to be unveiled today (Monday) in the Queen’s Speech would enable collapsed carriers to be placed in special administration.

This would allow their aircraft and crew to continue flying to return travellers back to the UK.

The existing system means that when an airline folds its fleet is grounded, leaving passengers at risk of being stranded.

The collapse of Thomas Cook last month required the Civil Aviation Authority to charter a fleet of 150 aircraft from around the world to fly home 140,000 holidaymakers abroad at the time at the cost of £100 million.

The failure of Monarch in 2017 led to a similar repatriation operation being set up at a cost of about £50 million.

A review commissioned following the Monarch collapse recommended earlier this year that insolvency law should be reformed to allow airlines to “continue flight operations for a short period” to repatriate passengers.

But the government claimed it had not had enough time to change the law by the time Thomas Cook – with 40 UK-based aircraft – failed.

The government now believes enabling the CAA to use an airline’s existing aircraft and crew in future cases would mean less disruption and cost to taxpayers.

“To bring over 140,000 Thomas Cook passengers home, the government and CAA worked together round the clock and, with the support of people across the globe, carried out the biggest peacetime repatriation exercise in UK history.

“I’m determined to bring in a better system to deal with similar situations in future, helping ensure passengers are protected and brought home quickly and safely.

“I’ve spoken with Peter Bucks, the chair of the Airline Insolvency Review, and plan to draw on his expertise and bring in airline insolvency reforms as quickly as possible.”

The final report from the review was published in May and recommended the introduction of a levy of almost 50p per person to cover the cost of bringing UK passengers home when an airline goes bust.