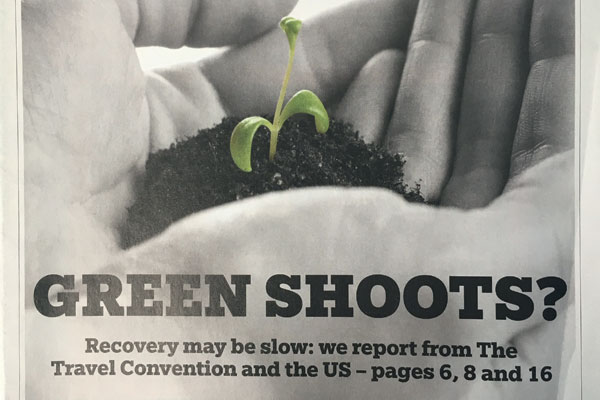 • Travel Republic director Kane Pirie stood trial for breach of Atol regulations in a case that would test the legality of operations at many other firms and the ability of the Civil Aviation Authority to regulate the sector. In a case that Travel Republic went on to win, the prosecution alleged Pirie and Travel Republic sold packages without the necessary Atol cover.

• The CAA refused to comment on whether it was considering a franchise agreement to allow trade organisations to manage their own Atol-holders.

• Tourism Concern warned it might close before Christmas unless it received £40,000 in emergency funding.

• At the Travel Convention in Barcelona, former chancellor Norman Lamont said the industry should not expect a speedy economic recovery, while Tui Travel chief executive Peter Long described the summer as “scary”. However, the number of Brits who took a cruise in the first nine months of the year rose 5% compared with 2008, despite the recession. 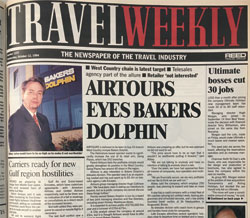 • Airtours was reported as wanting to buy 43-branch miniple Bakers Dolphin. The group was keen to increase its 552-branch Going Places shop network.

• First Choice axed its 1,200-capacity charter programme to the Colombian island of San Andrés because of customer complaints about stomach bugs and boredom because there was little to do during the rainy season.

• Haven invested £20 million in its UK programme following growing confidence in domestic breaks, while the Artac consortium spent £50,000 on a winter marketing campaign.

• Letter of the Week went to Stuart Alderman of Ramblers Holidays who wondered what merit there could be for Greek destinations receiving tour operators’ rowdy British tourists. In reference to Sunvil boss Noel Josephides’ column on the same issue, he wrote: “I’ve often thought what an old whinger Noel Josephides is…but a TV programme brought home to me the cause of his distress.” 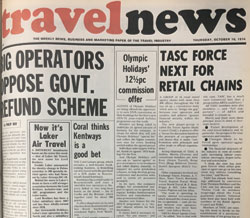 • Olympic Holidays announced it was offering agents the chance to earn 12.5% commission on bookings for the firm’s new 1974-75 year-round holiday programme if they did an agreed amount of business for the operator.

• Major tour operators opposed plans for Court Line clients to receive full refunds via the government-backed reserve fund, which was due to be set up. One operator said: “We are all totally opposed to paying back past debts with future clients’ money.”