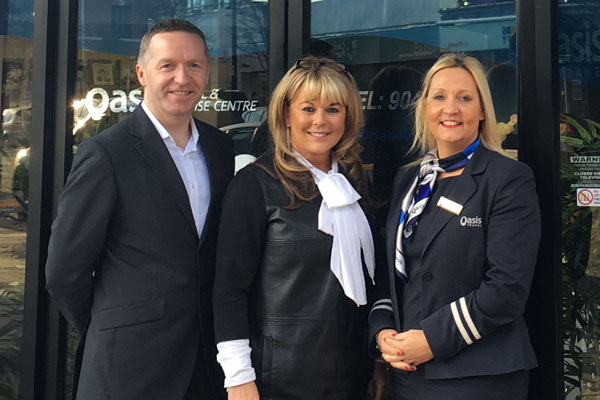 Oasis Travel’s Lisburn branch is something of a Tardis. There’s the shop floor and a couple of Portfolio suites for private appointments at the front. A tiny narrow stairway leads to an open-plan office with a boardroom table, private offices and staff kitchen.

‘Homeworkers’ occupy offices in former cottages and an outdoor terrace hosts staff parties and client events. It goes on and on.

Oasis Travel, the business, is like this office. On paper, it’s a six-branch agency specialising in cruise, but dig a little deeper and there is an infinite amount of activity going on beyond the shop floor.

From client events, travel shows, media partnerships and sponsorship of sports teams, Oasis is everywhere it needs to be in the local community.

At the heart of the business is founder and managing director Sandra Corkin. She opened her first shop in 1984 when she was 21 with the help of her late father. The agency now turns over £25 million annually and employs 55 staff. 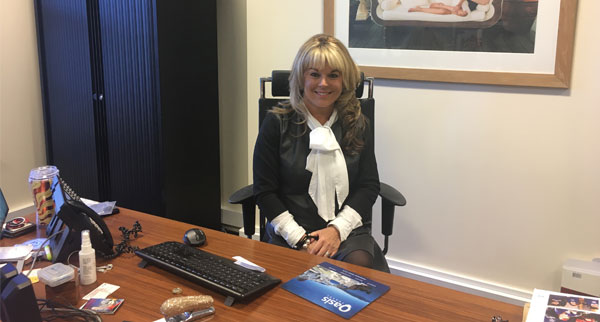 Last year Sandra’s success was recognised when she won the Outstanding Contribution to the Industry Award at Travel Weekly’s Agent Achievement Awards.

She dedicated the award to her staff, many of whom joined in the 1980s and are still working at the agency today, including Julie-Anne Vaughan who manages its appointment-only Portfolio brand, and Wendy Harper, who manages the Lisburn branch.

Oasis is also a family business. Her brother Gary is the financial director and her son Jason helps out when he is not at university.

More recently, Sandra recruited Brendan Mallon as retail development manager. He has worked in the industry for 25 years, having begun his career at Thomas Cook.

Last year, Oasis signed a new partnership with Belfast Telegraph Travel to fulfil land-based booking enquiries made through the newspaper’s travel brand. The partnership
is overseen by Brendan who says every week in January was a record.

Phone enquiries are handled by staff in the Ballyhackamore branch in an affluent part of east Belfast, which has also undergone significant changes in recent years.

The agency of former rival Knock Travel, which was bought from owner Doreen McKenzie in 2017, rebranded to Oasis and moved next door. Sandra kept all the staff, including branch manager Pauline Suttle who has worked at the store for 40 years. “I came in to be Doreen’s secretary, but I lasted one day before being put on the shop floor,” she recalls. 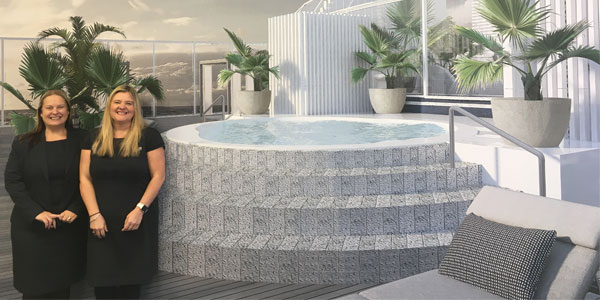 “It’s a big investment so I was relieved to see how well it did and we’re hoping it will have the same effect in the shop,” Sandra says.

Call centre staff, who were formerly based at the Ballyhackamore branch, moved across to Cruise Beyond. There are also Portfolio suites at the site and a website is due to launch, featuring offers and prompting users to call or email enquiries.

Cruise accounts for about 40% of Oasis Travel’s business and this is reflected in all of its stores with beautiful imagery of Celebrity Edge, and ships from Royal Caribbean, Silversea and others on the walls. 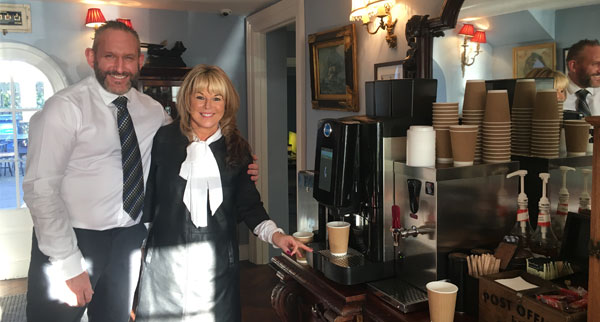 Oasis operates Portfolio suites in its branches for customers who want to book in privacy.

The idea came about from Julie-Anne Vaughan 12 years ago when she managed the Lisburn branch. Sandra says: “She was inundated with customers and some wanted to speak in private.”

The Holywood store moved its suite to a charming 17th-century postmaster’s office down the road, complete with original post drawers and antique furnishings. It is staffed by Simon O’Neill who turns over £1 million a year.

“I do a lot of concierge and book restaurants or whatever they need. If you go the extra mile it goes a long way,” he says.

The bulk of Simon’s business is from repeat customers and he relies heavily on referrals.

“I don’t have a shop window,” he says. “I ask customers to recommend me to friends.”

Events are a big focus for Oasis. As well  as a stand at the Belfast Holiday Show,  the agency runs its own event each year,  the Northern Ireland Cruise Fair, which attracts about 1,500 people. 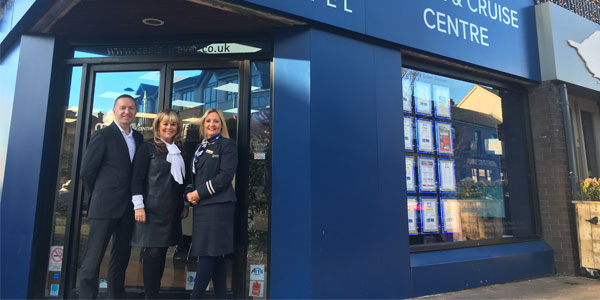 Are more shops on the cards? “We want to improve what we are already doing,” Sandra says. “We’ve taken on so many projects over the last few year, so this year is about consolidating all of that.”

New staff uniforms are planned this year and the business has started working with an external staff trainer for senior management team, who Sandra describes as “unconventional”.

She says one element of the training involved staff sitting together and getting everything off their chest, resulting in the trainer asking Brendan if he thought Sandra “thrived on chaos”. If she does, she hides it well and without ever breaking a sweat. But more importantly, it is probably what has helped her build Northern Ireland’s most successful independent travel agency with a loyal and long-serving workforce. 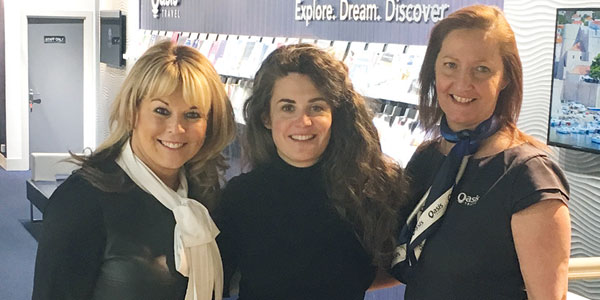 This was no ordinary shop visit. Sandra and her team went all out and organised a tour of five out of her six branches, plus lunch and an airport drop-off, in six hours.

The stores are redecorated every three years, but you’d think each of them had just undergone a refit.

In each branch you’re left in no doubt this is a cruise specialist with stunning images of the inside and outside of ships all around.

I couldn’t have been given a warmer welcome on my ‘tour’ and what struck me most was how much the staff loved their job and working for Sandra. She looks after her staff, which has clearly gone a long way in helping her build a hugely successful business.

Listen to our interview with Sandra Corkin on the Travel Weekly podcast: