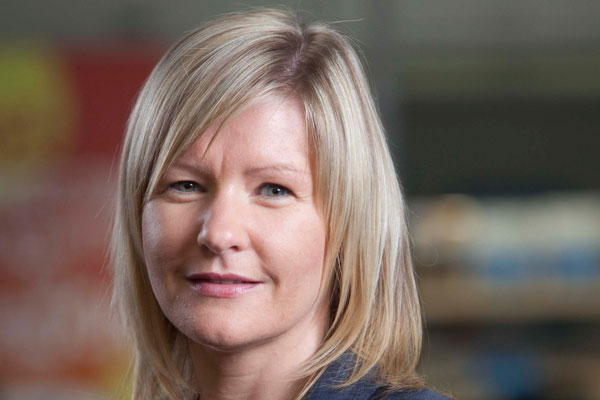 Jacqueline Dobson’s first two weeks in her new role could not have got off to a better start.

Barrhead Travel reported its best sales performance in its 44-year history for the second full trading week of January, with revenue up 10%.

Dobson says customers want to come back to travel agents for good customer service and believes quality products are “more important than ever before”.

Barrhead’s former managing director was promoted to president on January 1, succeeding long-time colleague and friend Sharon Munro, who announced she was stepping down in December after 28 years at the company.

Both women describe one another as a friend, and it is little wonder: the pair worked side by side for 18 years and helped build the company into what it is today.

“It was very emotional but Sharon had to do what was right for her,” Dobson says. “I learnt a lot from her; she was a friend as well as a colleague.”

Dobson’s promotion came after an eventful year for the Scotland-based agency chain. Last November, founder and chairman Bill Munro left the business just over eight months after Barrhead was acquired by Travel Leaders, the US travel agency business, for an undisclosed sum.

Dobson says the acquisition by Travel Leaders was the “best thing to happen” to Barrhead, adding: “We didn’t have the same capabilities before, but now we’re part of a larger group we can pool our resources both in terms of people and buying power. They have been very supportive and helped us put a new business plan in place.”

Dobson says Travel Leaders is not “overly involved” day to day. “We have a UK team and they are there if you need them,” she adds.

In terms of growth, Dobson says there are a “multitude” of areas Barrhead is looking at, from online to store openings.

“There isn’t any one thing that will drive growth and any business has to have a multi-channel approach,” she says. “I think many of the high street chains that failed last year did so because they didn’t have this approach.

“We want to improve efficiency and the customer journey online. 85% of customers start their research online, so it’s more important than ever that our tech keeps evolving. Growth online will help growth in store.”

Barrhead is looking to expand further in England and is eyeing up shop locations in Manchester and the south. Barrhead currently has English stores in Leicester, Newcastle, Barrow-in-Furness and Southampton.

In Scotland, Barrhead this week opened the doors to its newest shop, in Fort Kinnaird Retail Park near Edinburgh, complete with a virtual-reality area, iPads and dedicated cruise and long‑haul teams.

Barrhead operates 37 of its own stores, including Fort Kinnaird, nationwide, and has plans to open 25 more over the next five years.

But Dobson says the overall goal is not for Barrhead to be in every UK high street.

“When deciding where to open new shops, we look at the competition, the employment and the footfall,” she says.

As well as new stores, Dobson says the business will be re-investing in existing shops through refurbishment and modernisation. Its Livingston branch recently underwent work to double its size.

In terms of technology, Barrhead is expanding its digital team and is recruiting for a head of e-commerce.

“Millennials want video and live chat, so it’s making sure we can do all that,” says Dobson. “Our social media teams are former travel agents, so having that knowledge and background will enhance our customer service in this area.”

Another area of growth for Barrhead is Brilliant Travel, its division for homeworkers and Managed Service Travel Partners, which has welcomed 18 new members in the past year.

And from this month, calls made to the main Barrhead number will be fed to Brilliant members.

Staff training and development are taken seriously at Barrhead and that is reflected in the investment it puts into managing talent. A ‘live pod’ has been installed at its training academy in Glasgow for new staff to manage live enquiries with the support of a full-time trainer.

Meanwhile, a live-chat facility has recently launched for new recruits and modern apprentices in which they can ask questions which are answered by members of the training team or regional sales managers. The messaging service is due to be rolled out company-wide after the peak booking period.

Nurturing talent is something Dobson can speak of personally. Having started out as a sales consultant in a small Scottish agency in 1993 where she shadowed her boss for six months, she went on to run the shop before moving to Barrhead to work in its original store in Barrhead Main Street servicing corporate clients.

Within six months she was running the department and was later part of the team which launched its long-haul and cruise departments in Barrhead’s city centre store in Glasgow.

Dobson was promoted to cruise and long-haul director in 2007 and, following a management buyout in 2007, to managing director.

“I always wanted to travel, ever since I can remember but I was one of four girls and my dad ran his own business,” she recalls.

“It wasn’t until I went away on a school trip I realised I loved it.”

Dobson is one of a number of senior female executives at Barrhead – more than half of its board is made up of women.

She says the business is built on diversity but recruitment and promotions are based on “whoever is right for the job, male or female”.

Most of the management team, like Dobson herself, has grown with the business. “It’s about nurturing talent so they can progress,” she says.

The ultimate goal for Barrhead?

“We’re striving to be the leader in travel,” Dobson says. “We want to be known as the preferred travel partner for customers in the UK.”