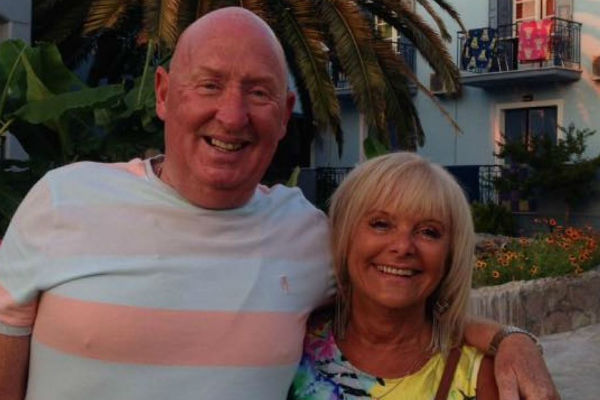 Inquests into the deaths of a British couple who died while on a Thomas Cook holiday in Egypt have been opened and adjourned.

John Cooper, 69, and his wife Susan, 63, from Burnley, died in the Red Sea resort of Hurghada on August 21.

Egyptian post-mortem examinations found E. coli was a factor in their deaths.

Senior coroner Dr James Adeley said he had ordered further toxicology tests to be carried out.

Adjourning the inquest at Preston coroner’s court to a date to be fixed, he said he would also ask the hotel group running the hotel and Thomas Cook to supply “all the documentation”.

The court heard Mr and Mrs Cooper had been staying at the Steigenberger Aqua Magic hotel and had both eaten liver at the hotel buffet the night before they were taken ill.

They had returned to their room to find an “acetone-type” smell, which led them to complain and remove their granddaughter from their room at about 1.15am because she said she was feeling unwell, the hearing was told.

Dr Adeley said: “They noticed an acetone-type small replaced by what is described by the granddaughter as a funny musty smell; a different smell from earlier in the week. It was established that the next-door room had been fumigated.”

The couple’s daughter, Kelly Ormerod, became concerned when neither of them had appeared by 11am.

Dr Adeley said they were found ill in their room and the family called for help.

Two doctors arrived, but shortly after, Mr Cooper “collapsed in the room and could not be revived and was verified to have died at noon,” Dr Adeley said.

Mrs Cooper, a Thomas Cook travel agent, was “variably lucid” but had a heart attack in an ambulance on the way to hospital where her death was confirmed.

Dr Adeley said the Egyptian authorities had concluded that E.coli was a factor in their deaths but added that he had been made aware of an expert who had suggested that it would not have produced such a rapid result.

He said he would be writing to the Egyptian authorities requesting all paperwork, reports and documentation relating to the case, but warned that requests to foreign countries “can take months, even years”.

He added he had only received a single document from the Egyptian authorities, stating E. coli as a cause of death, and had no reports detailing toxicology, micro-biology, police or public health investigations.