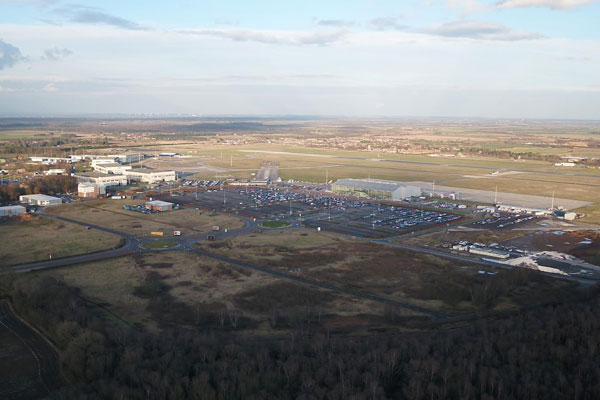 Doncaster Sheffield airport is claiming “overwhelming” public support for its development plans and an East Coast Mainline station at the site.

More than 90% of respondents gave strong support to objectives set out in a draft masterplan including rail connectivity, with the airport receiving more than 1,600 responses to a public consultation.

There was 97% support for expanding terminal building services and 96% support for proposals to deliver new employment to create up to 13,000 new jobs at the airport.

The masterplan details the future development of the airport and the projected growth extending out over the next 20 years, forecasting 4.7 million passengers a year.

With an East Coast Mainline-connected station at the site, the passenger growth would be more than doubled to 11.8 million by 2050, A station could becoming operational as early as 2024.

The results emerged as Wizz Air revealed plans to start three flights a week between Doncaster Sheffield airport and Budapest from October 29.

The Budapest route will bring a total of five flights per week and almost 100,000 seats to Hungary.

The airport’s aviation development director, Chris Harcombe, said: “Wizz Air is an important strategic partner. Since opening operations in 2006 we have worked together in partnership to develop a growing range of routes with over three million passengers carried.

“As one of Europe’s leading low cost Airlines renowned for low fares and exceptional service we share many of the same values.”

The airline’s chief corporate officer, Owain Jones, added: “Wizz is the European airline that is always creating more and more exciting travel connections for our customers across Europe and beyond.

“We are delighted to be the first airline to connect Doncaster Sheffield with Budapest, giving our UK customers in the north of England the opportunity to experience one of Europe’s most beautiful and vibrant capital cities.”