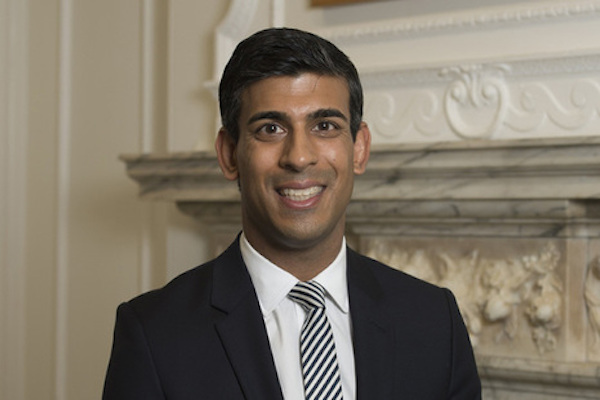 Travel industry leaders welcomed the chancellor’s announcement of a wage-subsidy scheme to replace furlough from November, but warned it does not go far enough to prevent redundancies and failures.

Rishi Sunak unveiled measures to support jobs and businesses that will come into effect after the furlough scheme finishes at the end of October.

They include a Jobs Support Scheme which will see employers pay staff the full rate for hours worked and the government and employers sharing the cost of two-thirds of the ‘missing’ wages.

Abta called for more detail of the scheme and repeated it calls for regionalised quarantine and airport testing to restart travel, saying this was “critical” to the survival of businesses.

The Advantage Travel Partnership said building confidence in customers to book holidays was the only way to prevent job losses, while the Business Travel Association warned the policy would “not kick-start” travel.

But he said: “We await full details in order to truly assess what this will mean for travel businesses.

“Abta will continue to urge the Government to do all it can to ensure travel businesses are supported through the crisis, and that the maximum number of jobs can be retained in our industry.

“We also need to see progress on the full regionalisation of the Government’s quarantine policy, as well as the introduction of testing to reopen the UK’s links with countries around the world.

“Getting those measures in place as quickly as possible is vital to boost confidence in travel, and that will be critical to the survival of many travel companies.”

Tanzer added: “We believe that the Chancellor should consider an APD cut ahead of next summer to incentivise people to book holidays in 2021.”

Julia Lo-Bue Said, chief executive of the Advantage Travel Partnership consortium of travel agents, said that while “elements” of the chancellor’s announcement would benefit employees it looks “less attractive for businesses” and “raises the question of whether this will help prevent redundancies”.

She noted: “If an employee is working a third of their hours, businesses would be paying 55% of their wage for only 33% of their time, with the government contributing another third – which is not sustainable for businesses.”

Lo-Bue Said added: “Many firms in the travel industry will have already initiated or completed redundancy consultations with staff.

“We understand blanket support like cannot continue, but we have been calling for sector-specific support for months and, to protect travel industry jobs in the long-term, we must be able to book and sell holidays.”

She called for a two-test system to reduce the length of quarantine restrictions which she said was “causing so much anxiety for consumers” and the “loss of revenue for travel agents and the wider industry”.

Joanne Dooey, president of the Scottish Passenger Agents’ Association, which represents 120 travel agencies, said the scheme “provides a better short-term solution for employees than an extension of the furlough scheme” and that it was “gratifying to see that the scheme is to be focused towards supporting SMEs”

However, she said: “It remains to be seen if this scheme will benefit business owners or merely to sustain the status quo.”

She said the travel industry is experiencing more than the “depressed demand” the chancellor used to describe the trading picture for businesses that are expected to make use of the scheme, with the industry experiencing “zero income”.

“However, the sector remains eminently viable, with many viable jobs when we see a return to travel,” said Dooey. “The whole travel sector now needs urgent and targeted support to ensure its return to being a vital contributor to the Scottish economy.”

She added that the recovery of the sector is “not being helped by the continued removal or addition to the ‘safe list’ of countries” including today’s removal of Denmark, Iceland, Curacao and Slovakia.

Clive Wratten, chief executive of the Business Travel Association (BTA), welcomed the announcement, saying: “The Job Support Scheme will help temper the level of redundancies in our sector.”

But he warned: “It will still place a huge financial strain on businesses currently seeing a catastrophic drop in demand.

“It will not kick-start business travel. This requires urgent action on quick testing at departure. Only this will ease the burden on an industry ravaged by Covid-19.”

Dee said: “The government appears blind to the scale and urgency of the crisis facing the UK’s airports.

“For months and months, the aviation industry has called for targeted support, but still nothing is forthcoming.”

“UK airports have been forced to effectively shutdown to commercial traffic. Our industry is on its knees and we need the promised Aviation Recovery Package of support now.

“This must start with the introduction of testing and other mechanisms that allow aviation to open and operate. The dithering and delay on testing by government must end.”

Airlines UK chief executive Tim Alderslade, said: “The Jobs Support Scheme is welcome and should help save a range of roles, but until we replace the 14-day quarantine we simply can’t recover.

“We must urgently introduce a testing regime for air passengers and rapidly create more travel corridors, including to mainland regions such as US states.

“As airlines enter what will be a brutal winter season the Government should also bring forward a targeted package of support measures – for example a 12-month APD waiver.”

Steve Witt, co-founder of homeworking group Not Just Travel, said “the headlines of this scheme sound interesting” but warned it raises “many questions”.

He suggested the scheme may make it cheaper for businesses to make lower-paid employees redundant and employ higher-earners part time.

Witt said: “It would appear that in addition to the 33% of hours we pay for and benefit from, we have to pay another 33% to not have a team member.”

He said travel businesses need “as many people working as possible” and can “ill-afford dead cashflow to pay for a team member not working”.

“We are concerned that it’s not beneficial for our sector.”

He said: “We’re disappointed the government has not announced more targeted support for the sector. Many jobs have already been lost and, if urgent action isn’t taken, many more are likely to go.”

Flight Centre announced in July that about half its UK workforce would be made redundant.

Galanty called on the government to agree “consistent standards and transparent guidelines for travellers” and introduce testing on arrival.

He also called for business travellers to be exempt from quarantine.

Alastair Donnelly, director of Inside Travel Group, parent of tour operators Inside Asia and Inside Japan, welcomed the government’s recognition that “further measures are necessary”.

But he questioned whether the policy would save jobs and businesses, noting Sunak has “yet again failed to differentiate by sector”.

Donnelly said: “Many travel companies have had zero revenue since March. Does this mean our businesses and jobs are not viable in the medium term? Of course not.

“But it is hard to conclude the Job Support Scheme is anything other than a disappointment for the travel sector.”