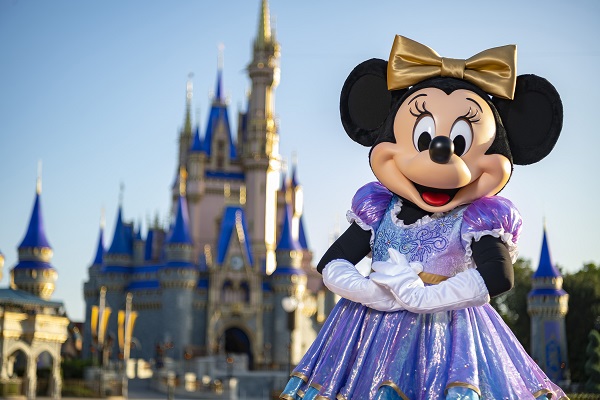 An 18-month celebration dubbed “The World’s Most Magical Celebration” is due to begin on October 1, 2021, in honour of the resort’s 50th anniversary. It first opened on October 1, 1971.

Cinderella Castle at Magic Kingdom Park, which had a makeover in 2020, will be decorated with new gold bunting and embellishments (see picture) and Disney said it will “illuminate Magic Kingdom with a dazzling radiance that sparkles with pixie dust”.

The Tree of Life in Animal Kingdom, The Hollywood Tower Hotel at Hollywood Studios, and Spaceship Earth at Epcot will all be decorated for the occasion

Hosts of the celebration, Mickey Mouse and Minnie Mouse, will be dressed in “sparkling new looks” that will be custom-made for the occasion – and they will be joined by other Walt Disney World cast members.

Disney said more details about “The World’s Most Magical Celebration” will be announced later.