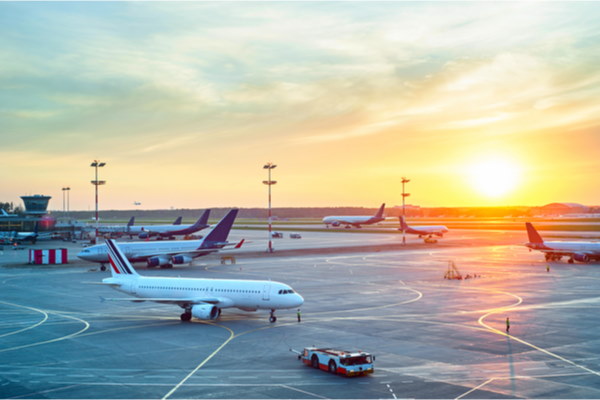 About 2.3 million people have been left without refunds for flights they were not able to board because of travel restrictions, according to research from consumer group Which?.

Package travel regulations say package holidays must be cancelled – and refunds issued – if FCDO advice warns against non-essential travel to the destination*. But flights booked on their own, which do not make up part of a package, are not subject to the same regulations.

Some airlines continued to operate throughout the summer to destinations that did not have travel corridors and, as a result, are not obliged to offer refunds to holidaymakers who chose not to travel in line with government advice.

Airlines claimed they had to continue flights regardless of Foreign Office (FCDO) advice against all but essential travel to destinations in order to facilitate essential travel and have said government advice is not law but guidance.

Research published today by Which? has found that approximately 2.3 million people across the UK have been left out of pocket for flights that operated when travel restrictions were in place, either in the UK or overseas.

If flights had have been cancelled by airlines, those customers would be entitled to a refund, within seven days, under EU 261 regulations.**

Which? said its research showed passengers on flights that were not cancelled despite FCDO advice had only been given the choice of rebooking their flight or losing their money.

“Rebooking may have meant paying a significant difference in fare if the new flights were more expensive,” Which? said, noting that customers would be left “trying to choose new dates without knowing when international travel is likely to resume again”.

Which? said 49% of people who told the group they didn’t get their money back were subject to local or regional restrictions in the UK, which meant they were advised against travelling.

The group found that 27% of those left out of pocket said they were unable to fly because of restrictions in place at their destination that would prevent them from entering the country.

And 37% cited being unable to travel because the FCDO had advised against all non-essential travel to their destination as their reason for not flying – an instance where a package holiday booking would have been cancelled, and customers entitled to a refund.

Nearly three in 10 (28%) of airline customers who did not receive refunds told Which?  the need to quarantine prevented them from travelling.

Which? also found that those with flights booked before the first national lockdown were asked to pay to change flights if the flights they had booked went ahead while advice against travel was in place, with Ryanair charging €95 per person.

When passengers wanted to change flights multiple times, some were asked to pay the change fee twice, Which? said – though noted Ryanair has since decided to waive its change fee on new bookings impacted by Covid.

Which? advises anyone considering booking flights for summer 2021 to “wait until the situation around international travel becomes clearer”, and book a package holiday rather than a flight-only booking “for stronger passenger protections”.

It also advises booking with a company that offers a “generous and flexible” booking policy.

Rory Boland, editor of Which? Travel, said: “For almost a year now, Which? has been hearing from frustrated passengers who’ve been left out of pocket for flights they were unable to take, often through no fault of their own, because the flight went ahead as scheduled. While some have successfully been able to claim on their travel insurance or through their bank, others have been left high and dry.

“With non-essential travel currently illegal, airlines must play their part in protecting public health by ensuring no one is left out of pocket for abiding by the law and not travelling. All airlines should allow passengers the option to cancel for a full refund, as well as fee-free rebooking options, while these restrictions remain in place.”

*Some online travel agents argue that if elements of the package – in many cases flights with low-cost airlines – are not refunded by the supplier, the agent does not need to refund that element to the customer.

**Some lawyers argue that, where passengers couldn’t travel, the contract between the passenger and the airline had been ‘frustrated’ – so a refund is due, but this is disputed by airlines.