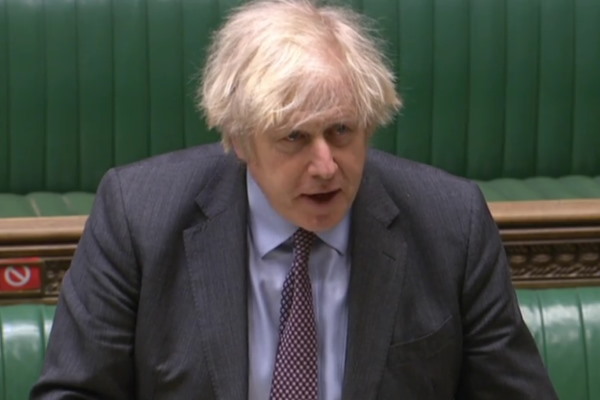 A successor to the Global Travel Taskforce will be created by government, and report on when international travel might resume by April 12, the prime minister has announced.

In his much-anticipated statement this afternoon, Boris Johnson revealed a four-point plan for how Britain will emerge from lockdown.

Subject to review, the earliest international travel could resume is May 17.

Johnson also announced that non-essential retail and self-catering holiday accommodation in the UK could be allowed to reopen from April 12.

In staggered plans to remove all limits on social contact by June 21, Johnson said schools will return on March 8 and the rule of six in outdoor settings reintroduced from March 29.

At the same time as non-essential retail is allowed again, on April 12, indoor leisure such as swimming pools and gyms, outdoor settings such as beer gardens, zoos and theme parks can reopen.

Self-contained holiday accommodation such as self-catering and camp sites will also be allowed from April 12.

From May 17, restrictions on hospitality such hotels and cinemas will be relaxed, allowing them to reopen and the rule of six will be abolished, with gatherings of up to 30 people allowed outdoors.

“Our journey back to normality will be subject to answering some key questions,” said Johnson, who said there would be four reviews of restrictions.

The first involves use of face masks and working from home where possible; the second involves when international travel might be able to resume.

Johnson said the April 12 deadline for reporting on when international travel could resume had been set “so people can plan for the summer”.

The prime minister also acknowledged international travel “is vital for many businesses which have been hardest-hit”.

A third review will be on the potential use of ‘Covid status certification’, but Johnson said this would be “mindful of the many concerns”.

A fourth review will look at the return of major events.

Johnson reiterated his hopes that the plan was for a “cautious but irreversible” emergence from lockdown.

The announcements apply to England, but Johnson said the devolved administrations of the rest of the UK are looking at “similar” changes.

“The vaccination programme has massively changed the odds in our favour,” he said. “The end really is in sight”.

Johnson predicted the summer would be “incomparably better” than “the situation around us now”.

Labour leader Keir Starmer said “this has to be the last lockdown” and urged Johnson to stick to taking a cautious stance.

Starmer called for business support, such as business rates holidays, to be extended.

Johnson had said chancellor Rishi Sunak is due to give an update on business support. 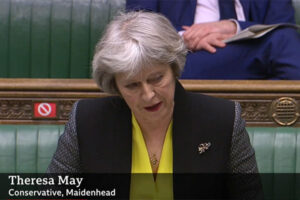 Former prime minister Theresa May said an April 12 deadline for the task force replacement did not leave the aviation sector enough time to plan for the summer.

“The industry needs three months preparation from the point of certainty,” she said. “Bring it forward so we can open up our international air travel and make sure that Britain is open for business.”

Johnson said the government will “continue to support” the aviation industry, adding: ”Setting a deadline of April 12 for the report of the newly-formed reconstituted travel taskforce will give people time to make their plans for the summer and if things go well I do believe there is every chance of an aviation recovery later on this year.”