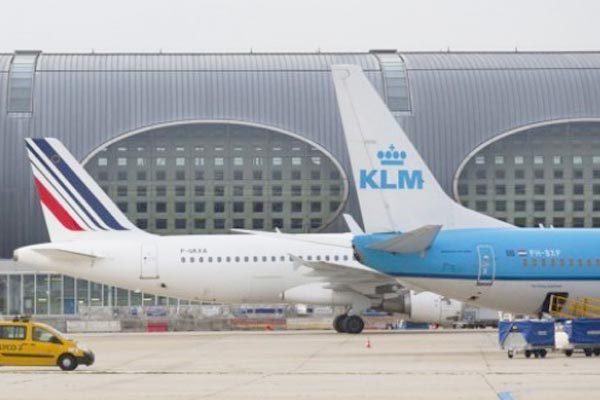 Air France-KLM Group has reported a €7.1 billion loss for 2020 as passenger numbers plunged by 67% to 34 million amid the pandemic.

The airline group also warned that the first quarter of 2021 will be ‘challenging’ because of lockdowns and travel restrictions.

It said: “After a positive Christmas traffic in domestic France and to the Caribbean and Indian Ocean, travel restrictions were tightened in France, the Netherlands and worldwide, having a negative impact on the traffic of the group in the first quarter of 2021.

“There is limited visibility on the demand recovery curve as customer booking behaviour is much more short-term oriented and also highly dependent on the imposed travel restrictions, on both the long-haaul and medium-haul network.”

It said Air France and KLM “will progressively ramp up capacity” towards summer 2021 and the group expects recovery in the second and third quarter 2021 “thanks to the vaccine deployment”.

Group chief executive Ben Smith said: “2020 tested the Air France-KLM Group with the most severe crisis ever experienced by the air transport industry.

He said the airlines were able to “seize cargo opportunities” and adapt flight schedules “in the face of ever-changing travel restrictions”.

“Thanks to the French and Dutch state support and this agile way of working, we were able to drastically reduce our costs, protect our cash, and continue the execution of major transformation plans within our airlines,” he said.

“We begin 2021 looking forward that this year will see an upturn in traffic as soon as vaccination is deployed on a large scale and borders once again reopen.”

On Wednesday, the airline welcomed news that Ryanair had lost its challenge to state aid for Air France and SAS, after a European court ruled the support did not break EU law.