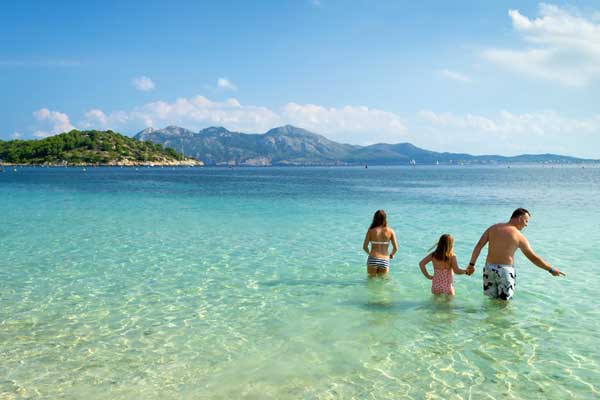 The boardrooms and meeting rooms of travel businesses across the country will be filled this month by anxious CEOs, together with their sales and yield teams, worrying about “peak” sales, wondering what they can do to speed the rate of sale or, less commonly, wondering by how much they can increase prices to slow the rate of sale so they still have something left to sell for the rest of the year.

The period from Boxing day through until mid-February has always been a critical sales period for the travel industry, despite many changes in the market over the last 20 years.

When I first came into the industry more than 25 years ago many tour operators used to put brochures on sale for the following summer at the end of August or early September, and there was a massive surge of early sales for families, in particular.

The historic low season of November and December when most people are more interested in buying Christmas presents than buying holidays has always been with us, but the TV campaigns to encourage customers to start thinking about and booking their summer breaks then hit the screens for Christmas night peak programming – and cost a small fortune.

Back in the 1980s and through the very early 1990s some tour operators actually used the post-Christmas period as a means of attempting to sell most, if not all, of their summer programme, and some operators had the luxury of going into the summer season having already sold more than 90% of their whole programme.

It was partly for this reason that regulators were concerned about the length of time tour operators had the benefit of customer money. This was also a great temptation for less scrupulous business owners to disappear with large sums of customer money.

Those days have long since disappeared, but it remains true that the “peaks” period is critical for determining how many holidays have to be sold late and, therefore, how much profit or loss most travel businesses will make in a season.

A slow January can result in serious problems for operators and agents alike and every year senior executives spend their time sleeping badly, worrying about whether any external shocks could disrupt their sales plans.

I remember not so long ago there was an outbreak of bird flu in Eastern Turkey shortly after Christmas. While this occurred about 1,000 miles from the nearest holiday resort, it was enough to damage sales to Turkey for the whole of the following summer.

In one respect, the peaks period has changed slightly in the last 25 years. Back then, brochures were collected in the week after Christmas, the family would read them before everyone went back to work at the beginning of January and the sales rush would start the following week.

Nowadays, far more customers undertake their research online and this has impacted on that immediate post-Christmas footfall.

However, customers don’t really start booking in earnest until about the second or third weekend in January.

The industry does sometimes have collective amnesia on this point. If sales are not booming by January 5 there can be mass panic, with all sorts of unnecessary “special offers” to entice customers to book immediately.

In practice, if the market still seems sluggish by the second full Saturday in January, it is likely to mean that the peak period, and probably the rest of the summer, is going to be difficult.

The other trend which seems commonplace at this time of year is of travel businesses trying to talk the market up – an inevitable corollary of the need to maximise sales in this relatively short window.

You can guarantee that by the end of the first week of January a number of businesses will have announced record sales in the post-Christmas period, or that sales have been x100% up year on year.

Half the time the businesses making these claims have only been trading for a couple of years, so significant year-on-year increases are not surprising – if you only sold 50 holidays in the period last year but 300 this, that is an increase of 500%!

So what will the 2016 peaks period bring? We have already seen some of the “market is booming” comments, which gives me a degree of cynicism.

The worrying factors are that Egypt and Tunisia are still out of bounds, and there must be some twitchiness about Turkey, whether or not this is justified.

The Chancellor of the Exchequer warned last week of a “dangerous cocktail” of economic risks, which could unsettle customers and discourage them from booking.

On the positive side, 2015 appears to have been a good year for most of the travel market, and positive sentiment is quite often infectious.

Customers appear to want to go on holiday, and after a few years of negative sentiment there remains unfulfilled demand which should benefit the industry.

We probably won’t know for sure for another month or more, but as with so many features of the travel industry, there is a difficult balancing act: panic too early and you could end up slashing prices, getting big volumes and making very little money; stay too mellow and, if sales fail to materialise, you could spend the rest of the summer playing catch-up.

So Good Luck to all those people whose livelihoods depend on their January and February sales.