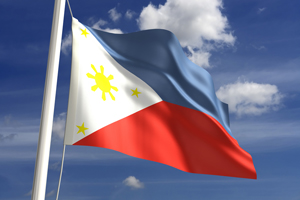 More than 50 flights using Manila airport have been cancelled as a strong typhoon headed towards the capital of the Philippines.

A number of Philippine Airlines inbound services from South Korea, Singapore and Hong Kong were grounded and ferry services disrupted.

“Cancellations from other airlines can be expected,” the Foreign and Commonwealth Office said.

“British nationals are advised to confirm their flight schedules with their carriers and to monitor weather bulletins issued by [state weather agency] PAGASA.”

Tropical cyclone Glenda intensified into a typhoon on Monday night and is expected to hit Manila by Wednesday morning, according to the weather agency.

Residents in low-lying and mountainous areas have been warned about about flash floods, landslides, and storm surges.

“Flooding can also be expected within Metro Manila, especially near Manila Bay, the Pasig River and Laguna de Bay,” the FCO said  in an updated travel advisory early this morning.

“Forecasters say the typhoon will continue west toward Zambales and is expected to head out into the South China Sea by Wednesday night.”

The South China Morning Post reported: “While it is unclear whether the typhoon will head to Hong Kong after crossing the Philippines, the city has been warned to expect a weekend of rain and wind.”