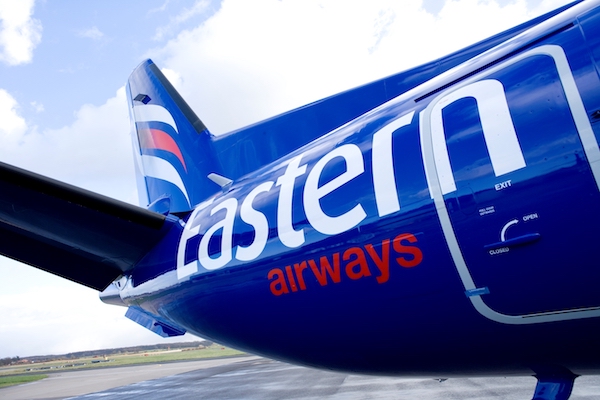 Two former Flybe routes to regional France are to be reinstated from Southampton airport.

Eastern Airways is to introduce flights to Rennes and Nantes from the end of April.

They are the first two French destinations restored by the regional airline, adding to domestic links from the south coast airport to Belfast City, Manchester, Leeds Bradford and Teesside.

Eastern Airways’ services will be “carefully reintroduced”, aligned to changes in Covid-19 restrictions.

Services are due to start three times a week to Rennes-Bretagne from April 29 and Nantes-Atlantique the following day.

Both routes will be operated by 72-seat ATR72-600 aircraft, with Nantes connected on Mondays, Wednesdays and Fridays and Rennes on Tuesdays, Thursdays and Sundays.

Fares have gone on sale starting at £59.99 one-way, including taxes and charges.

Eastern airways general manager Roger Hage said: “We are delighted to add the first two French connections from Southampton as being Nantes-Atlantique and Rennes-Bretagne, covering the key regions of the Loire Valley and Brittany.

“Given Southampton’s prominence in connecting the UK and France, while also being within an hour of London by rail directly outside the terminal door, it is an exciting development for all.

“With additional new destinations to follow in the coming days and weeks, Eastern Airways is committed to supporting the regions of the UK, connecting people and places, so adding further services at hubs we already serve is another crucial part in the economic recovery and prosperity of the south coast hub.”

“It is also encouraging that the airline is expanding its route map at the airport during these challenging times and will once again provide those travelling from Southampton and beyond fantastic connectivity to these ever-popular French destinations.”

Eastern Airways also has a codeshare partnership with Guernsey-based Aurigny focused on Southampton to provide increased passenger connectivity to the Channel Islands.