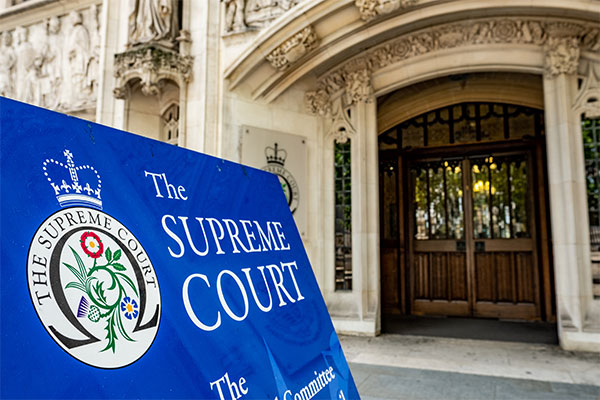 Some travel agents are among small businesses awaiting a Supreme Court ruling today (Friday) on insurance payouts for firms forced to close during the first national lockdown.

Many claimed on business interruption insurance policies, but insurers refused arguing there was no cover for such unprecedented restrictions.

It was agreed that a selection of policy wordings be tested in court.

The case has implications for 370,000 small businesses and involved potential payouts of £1.2 billion.

Travel agents say a positive outcome is “critical” for the survival of small businesses struggling due to the Covid-19 pandemic.

Judges at the Supreme Court will set the parameters of whether or not valid claims can be made under these policies.

The High Court earlier found mostly in favour of insurers having to pay out to policyholders, in what was seen as a surprise defeat for the insurance sector.

Today’s ruling – due to be announced this morning – is the final judgement in the case, and will be used as guidance for any disputed business interruption insurance cases.

The High Court considered 21 policy types as part of the case. For two insurers, Zurich and Ecclesiastical, the judgement found in their favour.

However, of another 13 policy types, the court said 11 should have led to payouts – decisions appealed against by insurers.

Judges said two should not pay out, and these were the subject of appeal by the FCA.

The case was fast-tracked to the Supreme Court, which heard four days of legal representations in November.

An Abta spokesperson said at the time: “Some of our members have raised with us that they have not received payouts as they expected under their business interruption insurance – it is a critical issue for those businesses.”

The final ruling will provide authoritative guidance for these policies, and potentially of similar ones not part of the case.

The FCA, the insurance sector, and the Financial Ombudsman will all use the judgement to guide their decisions in other cases, the BBC reported.