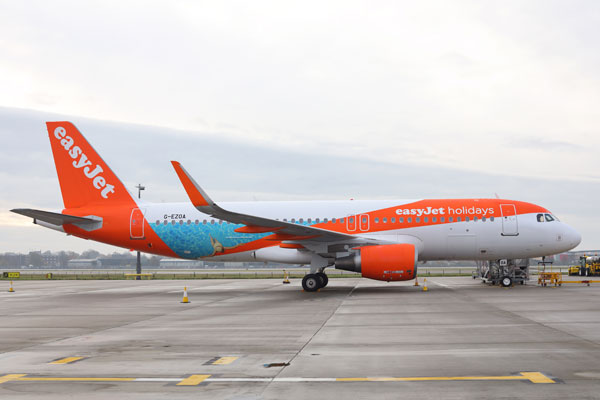 A 200% surge in searches for flights and holidays for the first day of Black Friday deals as been claimed by easyJet and easyJet holidays.

The respone to offers released on Wednesday highlights pent-up consumer demand “to book something to look forward to”.

It follows news of the government’s ‘test to release’ scheme offering the option to reduce the required number of quarantine days from 14 to five when returning to the UK from some destinations.

EasyJet released its Black Friday offer early with 350,000 seats on sale for travel between December 10 and June 30. The offers are available until December 2.

EasyJet holidays secured “unprecedented” deals and discounts with hotels to pass on to customers with a £100 discount on holidays over £1,000 for departures until October 2021.

Chief executive Garry Wilson said: “We launched our Black Friday offer early to give customers as much chance as possible to make travel plans and secure the best value deals.

“We’ve already seen a big jump in searches and bookings this Black Friday with Turkey, Tenerife and Majorca as the best sellers for beach breaks and Amsterdam, Krakow and Paris being the top spots for a city escape.

“Across the board our customers are choosing to opt for four star accommodation, with all-inclusive proving as popular as ever for beach holidays.

“The response from our customers in just the first day goes to show how much people want to get away and have something to look forward to.”