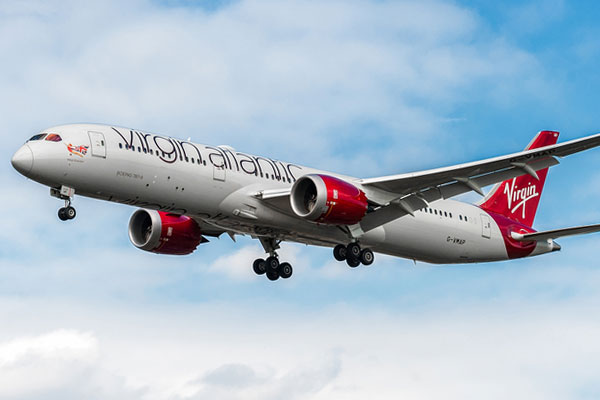 A Black Friday sale by Virgin Atlantic sees long-haul return flights to New York and Tel Aviv on offer for under £300.

The deals cover travel until the end of June 2021 and cover departures mainly from Heathrow and Manchester, plus Belfast and Glasgow to Orlando.

Offer rates start at £239 return to Tel Aviv from London and New York and Boston from £292.

More than 25 routes feature from Heathrow, including a new service to St Vincent and The Grenadines which goes on sale on Tuesday for twice-weekly flights starting on June 23, 2021. Economy fares on the route start at £349 on the Black Friday promotion.

Customers can change their travel dates up to two times as well as change names once, with the associated fees waived.

Chief commercial officer  Juha Jarvinen said: “This year has been incredibly tough on everyone and at Virgin Atlantic, we’ve really missed seeing our customers on board.

“With England’s second lockdown coming to an end, it is the perfect time for Brits to plan their next holiday.

“This year’s Black Friday sale is our most generous ever, with Upper Class return flights from just £999, Premium from £599 and Economy light from £239.