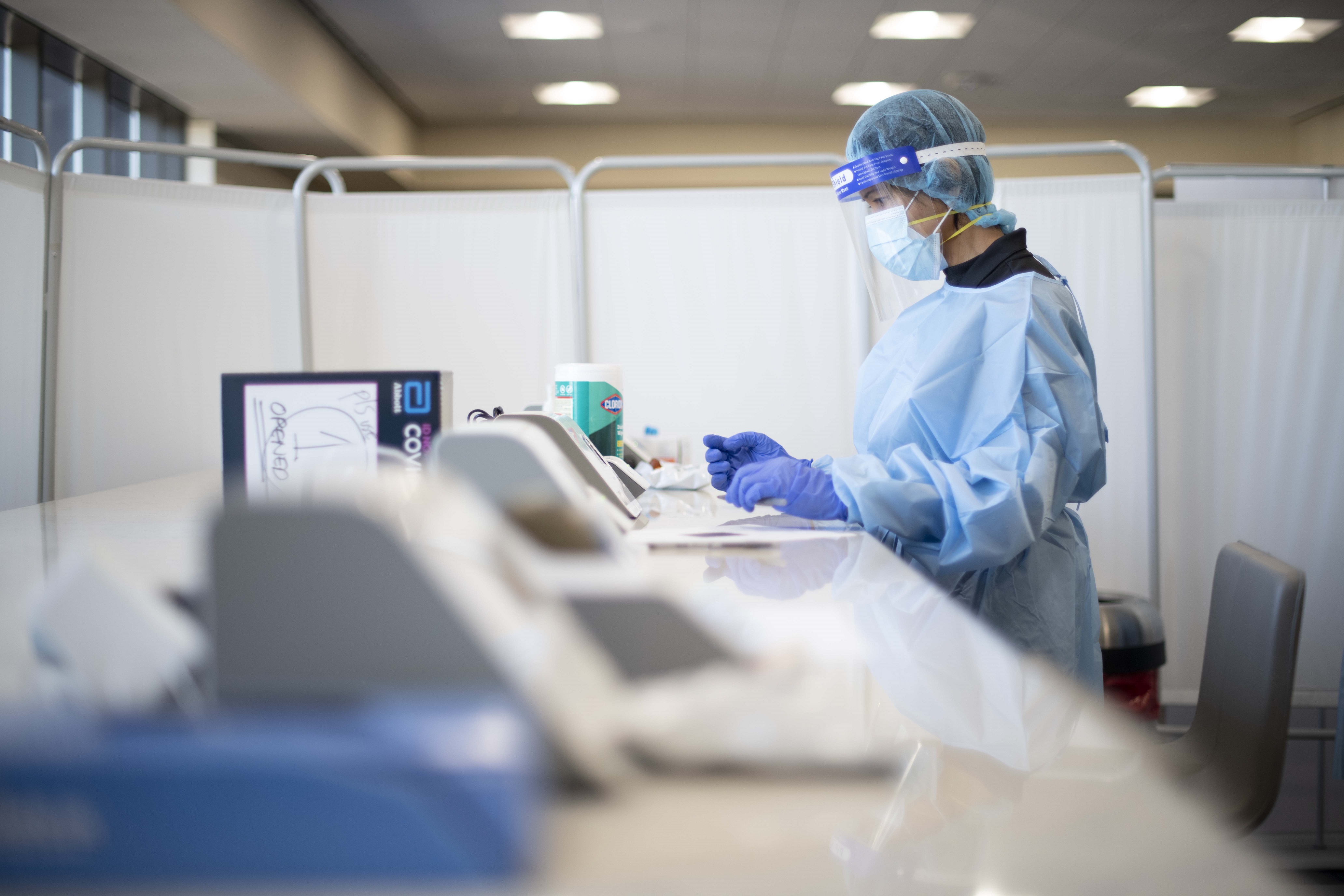 Pre-departure Covid tests for travellers are required to remove UK quarantine restrictions but remains “months away”, according to a senior aviation official.

Airlines and airports are pushing the government to develop pre-departure testing once an initial ‘test and release’ regime for arrivals is in place hopefully next month.

The government’s Global Travel Taskforce is finalising recommendations to the Prime Minister on a test regime for arriving passengers that would see the current 14-day quarantine restrictions halved if travellers pay for a test and are found Covid free.

But Airlines UK chief executive Tim Alderslade told a Westminster Energy, Environment and Transport Forum aviation conference: “Ideally, we would have a pre-departure test and a test on arrival.”

He said: “We believe the taskforce report is in the process of going to the PM and we hope for implementation of a test regime when lockdown ends.

“Ultimately, we want a pre-departure test, but we believe it may take a number of months.”

Alderslade explained: “Passengers would have to demonstrate to the authorities at the departure airport that they have had a negative test up to 72 hours before departure.

“We need that established so we can reduce quarantine almost to nothing. That is likely to require government acceptance of tests that are cheaper and quicker so we could do tests at airports.”

But he conceded pre-departure testing “could reduce the numbers wanting to travel”, noting: “The idea of having to do a test before flying may not be attractive for [those flying for] a long weekend.”

Alderslade appealed for government aid for the sector, saying: “Even with a test regime in place, the industry will require support for the next six months.

“We’ve had no support other than cross-economy support. We need something to bridge us through the winter. We need measures to help with cash and to stimulate demand.

He warned: “The latest travel ban deepened an already severe crisis. The situation now is highly precarious. The sector was not able to recover meaningfully in the summer.

“Airlines don’t make money in winter so we’re entering a difficult six months. Hospitality businesses can trade. We are closed. The furlough extension was welcome, but it doesn’t begin to recover airlines’ costs.”

Alderslade said the lack of UK flights to the US alone was costing the sector £200 million a week.