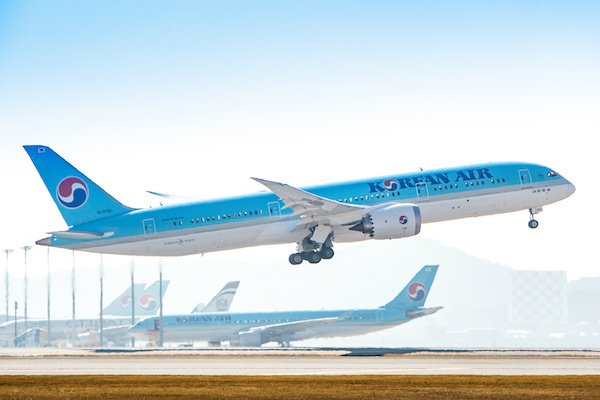 A deal worth more than $1.35 billion will see Korean Air acquire 63.9% in Asiana supported by the state-run Korean Development Bank.

KDB said: “We realised that without restructuring in the aviation industry it is unclear whether the flag carriers would survive even after the coronavirus pandemic ends.

“With the deal, the integrated flag carrier will be one of the top 10 global airlines.”

Korean Air owner Hanjin Group said: “The main reason behind Korean Air’s decision to acquire Asiana Airlines at this time is to stabilise the Korean aviation industry, which is suffering from the Covid-19 pandemic.

“Considering that Korean Air’s financial status could also be endangered if the Covid-19 situation is prolonged, it is inevitable to restructure the domestic aviation market to enhance its competitiveness and minimise the injection of public funds.

“Korean Air decided to acquire Asiana Airlines after much consideration and deliberation in order to pursue its founding mission to contribute to the nation through transportation.

“Following its mission, the carrier will ensure job security for employees at both airlines as well as relevant industries and support the development of Korea’s aviation industry.

“Once Korean Air completes its acquisition of Asiana Airlines, the airline is expected to be ranked as one of the top 10 airlines in the world.

“In general, countries with a population less than 100 million have a single full service carrier.

“However, Korea has two full service carriers, which gives it a competitive disadvantage compared to countries like Germany, France and Singapore with a single major airline. However, Korean Air’s acquisition and the expansion of its routes, fleet and capacity will give the airline the competitiveness to compete with global mega airlines.
“The merger of the two airlines is expected to further enhance the competitiveness of the Korean aviation industry with more streamlined route operations and lower costs.

“More slots secured at Incheon International airport, a transport hub in Asia, through the consolidation of the airlines, may lead to an increase in joint ventures with global airlines and greater transfer demand, which will also spur the growth of the domestic aviation industry.”