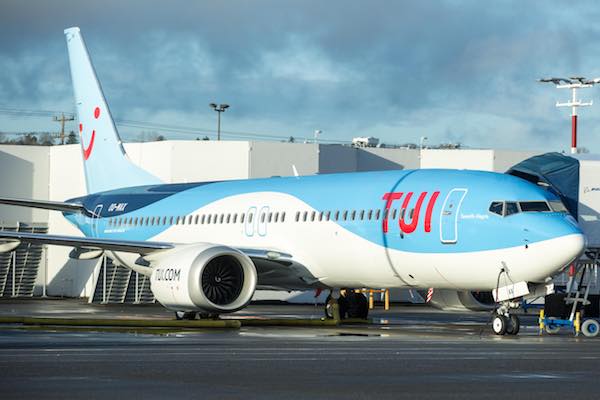 The boss of Tui expects demand to return to pre-pandemic levels in 2022.

The projection from chief executive Fritz Joussen came as he refused to rule out all alternatives to support the business through the Covid crisis.

He told German magazine Der Spiegel in an interview published on Friday: “At the moment we cannot and must not exclude any option, not even that we need additional loans.

“Nor can we rule out the possibility of raising new equity or selling parts of the company at an appropriate time.”

Speculation this week suggested Europe’s largest travel group has been in talks with the German government on up to €1.8 billion in additional state aid because two earlier bailouts have proved insufficient.

Tui had assets that would be of interest to investors, such as hotels and real estate, Joussen said.

“We could bundle part of that in property funds, thus rising hidden reserves,” he said, adding that there will be no emergency sales, according to Reuters.

Joussen said he has great hopes that business can recover quickly once a vaccine for Covid-19 is available.

“2021 will still be a transition year, with summer bookings so far being very strong,” he said. “For 2022, we expect demand to be at pre-crisis level.”

The company confirmed last month that it was evaluating various measures including a capital increase after tapping the German government for €1.2 billion in September following a €1.8 billion loan in March.

Tui also secured an unspecified compensation deal with Boeing to offset the cost of the grounding of the 737 Max and two separate sale and leaseback deals for seven of the aircraft to raise more than €250 million.

Losses for the nine months to June 30 came in at €2 billion.