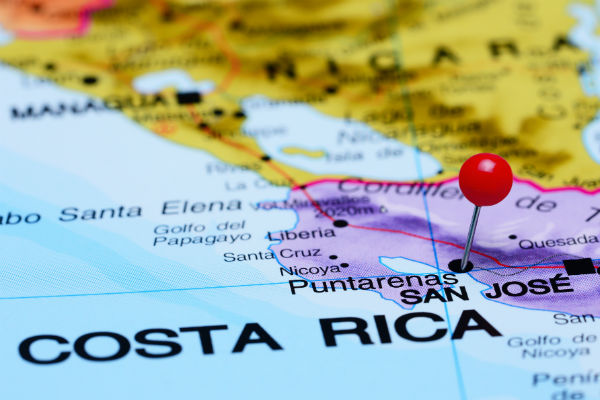 Costa Rica’s minister for tourism says the country doesn’t need Covid testing in place for visitors as its protocols, and those of airlines, are good enough.

The Central American country eliminated the need to a negative PCR test on arrival from November 1, having reopened to international visitors in August.

Since then, the country has had 10,000 international visitors with no Covid cases among them.

Tourists are however mandated to have insurance that covers them for hospital fees and an extended stay if they contract Covid-19, and must fill in digital tracing forms.

Speaking to Travel Weekly, Costa Rica’s new minister for tourism Gustavo Segura Sancho said: “Costa Rica’s tourism industry is absolutely important. The testing situation around the world was proving to be a barrier. It’s not easy to get a PCR result in the 72 hours [typically accepted window].”

Segura Sancho said Pan American Health Organization guidance issued last month showed that PCR testing is “not a 100% guarantee” of Covid infection and said the low numbers of Covid cases recorded in Costa Rica were proof that the country could contain any potential spread.

“We trust our protocols, and the airlines’ protocols,” he said. “We can’t 100% guarantee that no one will get the virus, but no country can. The truth is we trust the professionalism of the industry.”

He said the nature of Costa Rica’s tourism appeal meant it was “a country where you’re less likely to contract Covid” because of its focus on outdoor activities and its national parks, and because most of its hotels were small, family-owned businesses. He also said the country’s 97% literacy rate meant protocols will be understood universally, and that tourist hubs were spread out compared to those of other countries.

Championing the country’s long-standing approach to gradual growth of its tourism sector, which has been roughly 3-4% for 25 years, Segura Sancho said it was well-placed to deal with the impact of the virus on the sector.

Visitors numbers are expected to be around 35% of last year’s record of more than three million, after a “very good” January and February 2020 – the country’s peak season.

Segura Sancho said this level was “enough to keep food on the table” for those who rely on the travel industry for work, and predicted a similar number of visitors in 2021 to this year – albeit spread over the year.

Keeping close contact with airline partners, including British Airways – which has a direct flight from London – was crucial to its recovery, he said.

Segura Sancho said the carbon offsetting scheme included a new feature online where visitors can measure the carbon cost of their trip, including flights, and can choose to offset that by paying into a fund that supports farmers who remove carbon from the atmosphere through sustainable farming processes.

“You can have peace of mind that knowing that your travel is carbon-free,” he said, noting that other carbon offsetting schemes don’t tell you how they are spending your contribution.