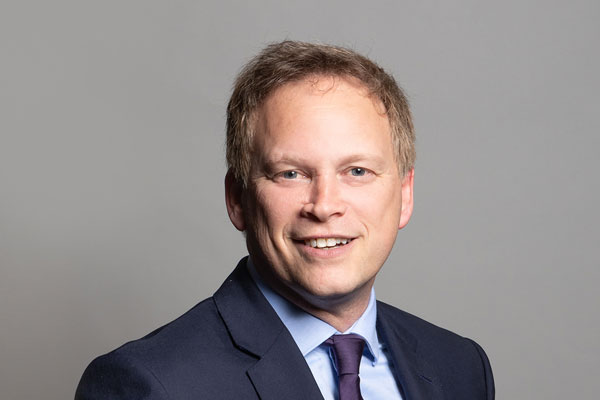 Shapps told UK aviation leaders a “test and release” scheme would be rolled out “once we emerge from lockdown”.

But the transport secretary gave no assurance the regime would be in place from December 2 when the current lockdown in England is due to end.

He also gave no clear indication of when a negative Covid test would see an arriving traveller released from quarantine, saying only that it would allow “a much-reduced period of self-isolation”.

Addressing the Airport Operators’ Association (AOA) online conference, Shapps said: “It’s a matter of immense regret that we had to tighten restrictions again.

“[But] we’re not alone in taking tougher action. Airports across Europe are closed or operating a skeleton service. If we had failed to act, the prospects for this industry would have been even bleaker.”

He said: “Events in Denmark illustrate the need for vigilance. A safe and sustainable return of air travel depends on us getting this infection under control.”

Shapps argued: “I do finally see reasons for hope. We have learned a lot over the last eight months. For example, it has allowed us to start including islands as a sub-national approach to the travel corridors list.

“And we know a lot more about testing.

“Through the Global Travel Taskforce, we have been making very good progress on a ‘test to release’ programme to launch once we’re out of lockdown.

“This will consist of a single test for arrivals into the UK, provided by the private sector and at the cost to the passenger, allowing a much-reduced period of self-isolation.”

He insisted: “Beyond the lockdown, this should encourage many more people to book flights with confidence.

“Once we emerge from lockdown, we can roll out the systems to help people travel again.”

Shapps told the AOA conference: “We’ve been working extensively on the practicalities of the new regime. We will report to the Prime Minister very soon, as promised, with recommendations.

“In addition, we are also working with partner countries to consider self-isolation and testing options before departure.

“I know it is hard to understand the different testing regimes around the world. So we are leading international work to develop a framework for international travel to provide global consistency – an international standard.”

He said the trial of lateral flow tests in Liverpool – “a highly accurate swab test that gives results in less than an hour – could open the way for non-quarantined air travel”.

Shapps also offered assurance that flights would not be further disrupted by a no-deal Brexit.

He said “significant differences do remain” between the UK and EU, but told the conference: “We are committed to ensuring flights can operate regardless of whether there is agreement and, thanks to existing international agreements, this will happen.”