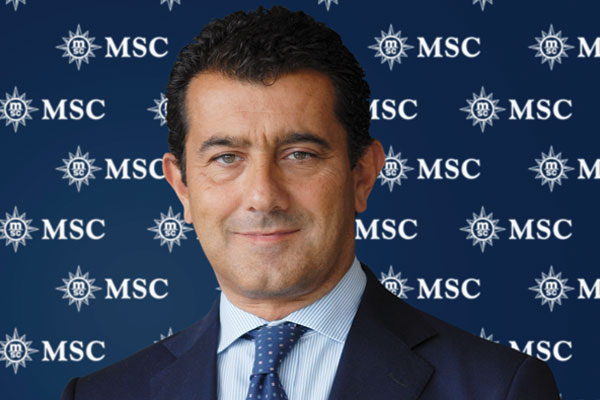 Cruise can become “the safest holiday option” and “come back strongly” despite the challenges of Covid, according to MSC Cruises chief executive Gianni Onorato.

Addressing an Institute of Travel and Tourism (ITT) virtual conference, Onorato insisted: “There is a bright future for cruise.”

He told the ITT: “The industry has been through a very difficult time. We halted for more than six months.

“[But] On August 16, we were able finally to restart our cruises [and] we will have 19 ships operating by April.”

Onorato argued the efforts to make cruising safe to restart had presented the sector with an opportunity.

He noted: “The negative focus on the cruise industry because of a few outbreaks on ships increased the scrutiny of the media and the authorities on the industry.”

But he said: “There was an opportunity cruise could become the safest holiday option because we could arrange all aspects of the journey.”

Onorato explained: “In March, we decided to stop all operations because we did not know how to fight the virus. Nobody did. The first thing was to repatriate thousands and thousands of passengers safely.

“The same for our crews – many borders were closed. There were no flights available. This has been a long process. It has been one of the main tasks to have everyone safely repatriated.

“Since March we worked to try to understand how to restart cruises. We have all done it – all the cruise lines – to make cruising safe.”

He insisted: “There are some clear pillars to restart. First, universal testing – all passengers and crew before entering the ship. We test everyone with a one-hour test at embarkation. We test all crew at home before they leave, on embarkation and after 14 days.

“Guests are allowed to go ashore only on MSC excursions. We isolate any suspect case and all close contacts.

“Application of these protocols has allowed MSC Cruises to restart. We showed that cruises are possible.”

Onorato said: “Initially, we operate cruises only for Schengen residents. Unfortunately, we are not able to open to UK guests because of the advice of the UK Foreign Office. We hope this decision will be revised soon.”

He identified four priorities for the sector now, saying: “First, the industry has to engage with all stakeholders – ministries of health, airport authorities, border and immigration authorities.

“Second, restart in steps with a few ships. We plan for the progressive entry of ships to have a full fleet of 19 ships operating by April 2021.

“Third, it’s important we do this as an industry, working on common rules to have a strong protocol for a strong industry.”

Fourth, he said, the objective should be for cruise “to be the safest holiday”.

He insisted: “Cruise can come back strongly. We have six new ships joining MSC Cruises in the next five years. We will continue to grow and continue to have better ships. There is a bright future for cruise.”