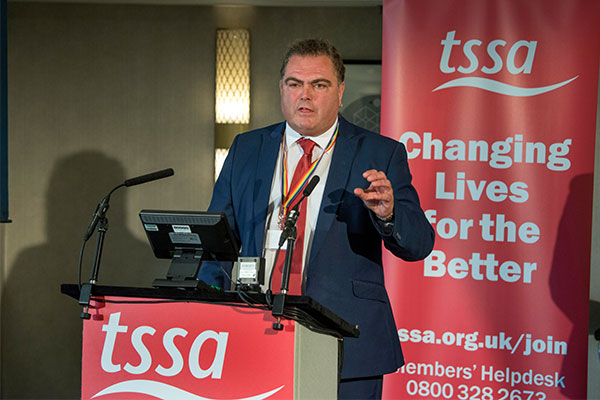 The general secretary of the TSSA trade union has reiterated a plea for immediate government intervention to preserve the travel industry’s future.

Manuel Cortes, speaking at this year’s Institute of Travel and Tourism virtual conference, repeated the union’s call for a package of bespoke measures to get the industry back on its feet to survive the coronavirus crisis and backed renewed calls for a dedicated tourism minister.

He demanded a support package specifically for the high-street to help travel agents in terms of business rents and rates and urged the government to be prepared to take ownership of failing airlines.

He said: “I am saying that no stone should be left unturned to support our industry. At the moment we are seeing nothing really [from government].

“Whenever this virus is conquered we will all need a well-deserved holiday and sadly if the government doesn’t take measures to preserve our industry we will not have an industry.

“In the short term, the industry cannot compete. What we need is the government to step in and hold the industry’s hand so we can emerge stronger than before.

“It has done so in the past for the banking sector, why can’t it do the same for the travel trade? Clearly the leaders of the travel industry need to get involved but government needs to take the lead.”

He predicted a strong bounce back in demand for holidays sold through the high-street once the pandemic is over. “There appears to be a huge appetite for people to return to the high-street to buy a holiday….if we don’t have these travel shops then it will be too late. Clearly we need intervention now,” he said.

When it comes to the airline sector, the government should be ready to step in to prevent carriers from collapse, said Cortes.

He added: “We have been advocating as one of the packages of support that the government could take equity or take over an airline if it’s going to fail.

“There has been government intervention in the past. Thomas Cook was in public hands for more than three decades.”

He blamed the lack of a dedicated tourism minister for some of the problems the industry has had in getting its voice heard in government, as well as the fact the trade “falls between” the government’s transport and business departments.

“We need someone to champion our industry. Everyone passes the buck.  A dedicated minister is something we would back,” he said.

He described the government’s handling of quarantine announcements as “ clumsy” and said there was a need for a “clear system” to create consumer confidence.

He added: “It’s a shambles at the moment….and our members pay the price for this. If there is no demand [for travel] they are the ones to pay with their jobs.”