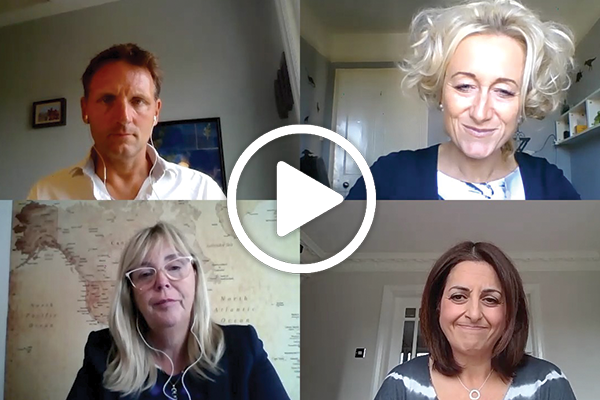 The chancellor’s Jobs Support Scheme has ‘written off’ the travel industry as it has failed to understand how the sector’s payment structure works, according to agents and operators.

Rishi Sunak’s scheme – which will replace furlough from November 1 – will see employers pay staff the full rate for hours worked and the government and employers sharing the cost of two-thirds of the ‘missing’ wages. Staff on the scheme must work at least 33% of their hours.

“We got the announcement and it was just a further blow to our sector. We have been working but we’ve got no trade coming in, earnings have been given back. It was just a blow. When we worked through what the scheme does for businesses in our sector, it really gives them no lifeline at all, and really it felt like all hope was lost. Hope of further support, understanding and appreciation from the government went out of the window.

Lo-Bue Said recorded a personal message to Sunak last week to display her despair at the scheme. She said for other sectors, “where you have got some income coming through”, the chancellor’s scheme “beneficial”, but for travel – where “you have to keep people on to work for no income” it “doesn’t make any financial sense”.

“There is nothing it does for the travel industry that’s good. When you start running the numbers it makes no sense at all,” he said.

Hawke noted that travel firms’ only current income is deposits on forward bookings for 2021, and was a “very small amount”. He said: “For tour operators and travel agents we are essentially working for nothing at the moment. We look out for our customers, and as tour operators we look after travel agents. We have no money coming in and we have to pay for staff, premises, refunds and everything else. There’s just no consideration given in this scheme for how the travel industry operates. To basically say that the travel industry in it’s entirety is unviable seems to me a real kick in the teeth for the work that people are doing.”

He explained how most travel businesses make their profit in the summer months, noting most “haven’t made any profit since over a year ago” and the “thin margins” they work on in normal times. Hawke said that with indications that restrictions would continue for another six months he feels “really let down and disappointed” by the government’s announcement.

He said the industry had “seemed to garner some support and understanding” from politicians in recent weeks but conceded: “When you look at what’s been put in front of us I don’t think there’s any understanding or appreciation of our industry whatsoever.”

“You could have 11 full time employees for the same cost as 20 employees on 33% hours, but you’d get way more hours from those full-time employees, so there doesn’t seem to have been a thought-through process of how this scheme was developed and what it is there to deliver. I just can’t see how it can work in the travel industry.”

Kate Harris, owner of one-branch travel agency Inspired Travel, explained she had her sole employee working 20% of her hours throughout summer for reduced wages and had set an alarm for Sunak’s announcement on what she dubbed ‘D-Day’ for the industry last week. “I really thought we were going to be remembered,” she said. “But I now feel such a prat.

“The government have this wonderful rhetoric, they can put a great spin on anything. We thought we were home and dry,” she said, conceding that when she did the sums she realised the business didn’t have the money to pay her under the new scheme.

Harris explained how the business had exhausted its £10,000 Covid-19 Small Business Grant by paying rents and had made just £120 in income in recent weeks through a small number of bookings, and how she was unable to take a salary as a director of the company.

“I’ve used all of the savings I’d got keeping afloat,” she added. “It’s ludicrous. This new scheme doesn’t help us, it just writes us off.”

Lo Bue-Said added: “I would love to say it’s the first time I’ve heard a story like that but it’s not. I have so much sympathy.”

“An industry [travel] is absolutely bleeding, is not being listened to and not understood.”