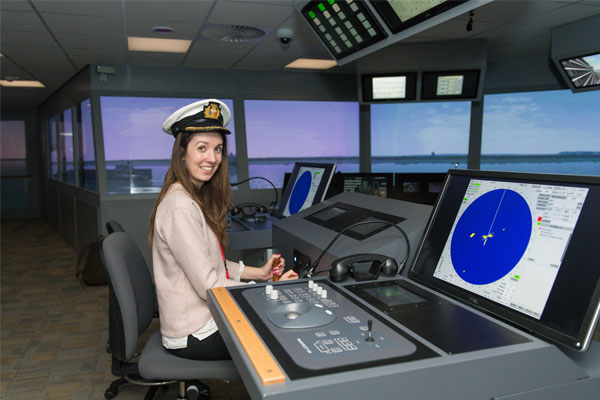 Natalie Marsh finds out how Princess Cruises trains its specialist crew on a visit to its high-tech cruise ship simulator in Amsterdam.

The waves are getting bigger and I suddenly find myself reaching for something to hold on to. With the sky ominously dark, my stomach turns as we tilt forwards, crashing down on the waves, before rising again with the swell.

Then I blink, and as quickly as they started, the waves abruptly stop. The sky is bright blue again, the sea is completely still, and land instantly appears on either side of us.

“The staff in the control room halted the storm, changed our location, and I’m now seeing a much calmer Isle of Wight to the right.”

No, we haven’t teleported. We’re in one of Carnival Corporation’s four state-of-the-art full-bridge cruise ship simulators at CSmart (Centre for Simulator Maritime Training) on the outskirts of Amsterdam, to get a behind-the-scenes view of how Princess Cruises crew members are trained for all onboard eventualities.

The staff in the control room halted the storm, changed our location, and I’m now seeing a much calmer Isle of Wight to the right and Southampton to the left.

CSmart is an academy for staff who are qualified and working in a number of specialist roles, from deck officers to onboard engineers, for cruise lines across the Carnival Corporation. 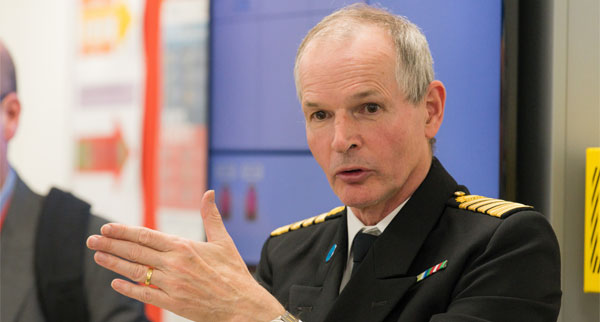 We are joined in the simulator by Princess Cruises captain Nick Nash, who’s standing in one of the bridge wings with one hand on the controls. With more than 40 years of marine experience under his belt, he calmly adjusts the thrust and points to one of the many displays, showing us where the ship is positioned and the path it will take to dock. We’re backing up into Ocean Terminal in Southampton, although the simulator can display more than 60 ports around the world.

The centre is also home to four full-mission engine room simulators. We visit one downstairs, where users can ‘walk through’ the engine room virtually via software projected onto a screen, as well as a sizeable control room, where the engines can be monitored.

“Both the engine control room and the bridge have to communicate regularly and CSmart is developing more joint training exercises for both teams.”

We ask the controllers to show us what happens in an emergency. Sure enough, the display soon shows one of the virtual engines on fire, and the alarms ring until they hit a button and a virtual sprinkler douses the flames. Both the engine control room and the bridge have to communicate regularly and CSmart is developing more joint training exercises for both teams to train at the same time.

Back on the bridge, I look out of windows that provide a 220-degree view of Southampton. With two hands on the wheel, I slowly adjust the ship’s course away from the port. It’s been a fascinating glimpse into what life might be like as a captain at sea.

Sky Princess and Regal Princess will be sailing from Southampton in 2021. The former will be operating British Isles and Baltic cruises, including 10 voyages that had been due to be run by Crown Princess, while the latter is replacing Grand Princess throughout summer 2021 with 17 round-trip departures to the Mediterranean, Norway, Iceland and other European destinations.
princess.com