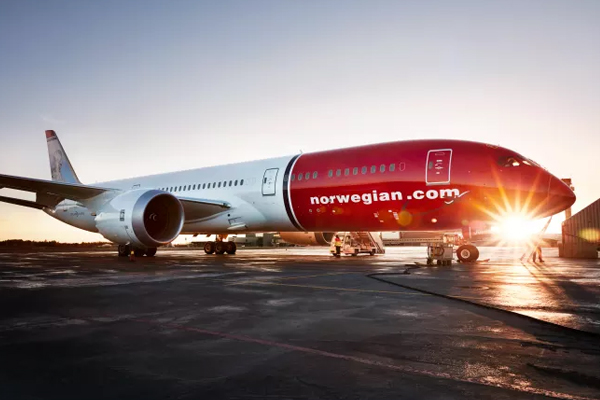 Norwegian Air has confirmed plans to slash its long-haul fleet of Boeing 787 aircraft which form the basis of the carrier’s base at London Gatwick.

Geir Karlsen, Norwegian Air chief financial officer, said: “We have too many long-haul aircraft. We are working to reduce the number.”

Norwegian Air has previously based its efforts to achieve profitability on expanding its long-haul operations at the expense of short-haul.

But for now it has reverted to being solely a short-haul airline, operating chiefly domestic flights in the Nordic countries.

The carrier’s efforts to cut the aircraft it has on order and the long-term grounding of the Boeing 737 Max led it to file a lawsuit against Boeing in June.

Karlsen said: “We have been trying to reach an agreement with Boeing. We have not been able to negotiate an acceptable deal so we filed a claim against Boeing in June.

“We have terminated our whole order for the Boeing Max and the 787.”

Chief executive Jacob Schram said: “We will focus on the short-haul Nordics model. We believe in low-cost long haul, but we need to scale it back and build from there.”

He insisted: “We are not deviating from the low-cost model. We will continue to offer affordable tickets to most people. The same with long haul – we believe in the model. But we need to scale back and grow slower.

“We are not going to abandon long haul but we going to do it in a small way at first.”

The carrier cut 40% of its workforce in April and remains largely grounded, with most remaining employees on furlough or laid off.

Schram explained: “We are using only our Norwegian carrier because of the flexible furlough system in Norway. We can expect this system to continue to the end of March. This gives us the flexibility to go up or down on the routes in place.”

The carrier avoided insolvency in May by securing a state-guaranteed loan of NOK3 billion (£240 million) from the Norwegian government which led creditors, chiefly aircraft lessors and banks, to convert a substantial amount of debt to equity.

Schram said: “We see three stages going forward. We want to compete on mobility going forward to 2030, but we need to be profitable in 2025. First, we need to come through the winter.

“We think we can expand our business with destination products, with an e-commerce platform and with inflight sales.”