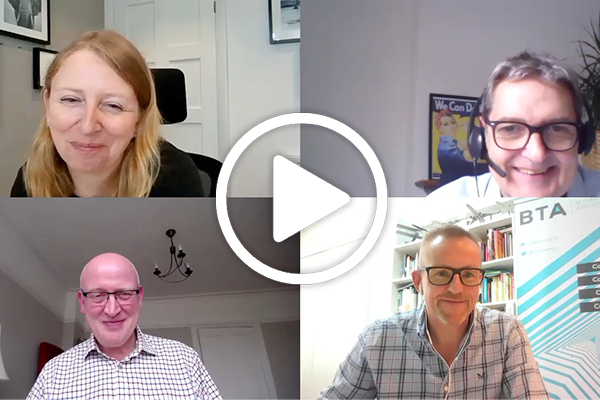 Government support for travel is becoming increasingly urgent if businesses are to survive the winter, say industry leaders.

“But we need something to get us through to at least the end of the year and probably to Q1 next  year.”

The BTA proposed the setting up of a ‘payroll support scheme’ in a letter to Chancellor Rishi Sunak this month.

Speaking on a Travel Weekly Roadmap to Recovery webcast, Wratten explained: “The biggest costs for BTA members are property and staff.

“We’ve come up with a solution that says ‘Keep helping us because we need skilled staff to build the economy’s recovery and when our members start turning a profit they will pay it back at 10% of their profits each quarter.”

UKinbound chief executive Joss Croft is looking for similar support for the wages of inbound sector employees, but said “We’re looking for a grant system. The problem with loans is people have to pay them back and, at the moment, there is no date by which people could say ‘We’ll be able to pay that back’.

“The Scottish government announced a grant system for businesses important to the future of Scotland’s economy and some of our members received significant funding. We could do the same for the UK.”

Croft said: “My members are hugely thankful for the Job Retention Scheme, but its phasing out is a real worry. The government is not minded to continue it past October or to make an exception for specific industries.

“We need something that supports the employed in an industry that has no opportunities elsewhere.

“We’re not like supermarkets that have taken millions of pounds through the furlough scheme yet continued to operate and can shift business online.

“We need greater understanding that travel is the third-largest service export and we need support to keep what would be normally good businesses going. I don’t think anyone cares what it’s called if it allows businesses to survive and continue to employ staff.”

Croft argued: “The Eat Out campaign and the cut in VAT have been good, but they’re short term. We’re looking for direct intervention from government, for a mechanism that would allow businesses to retain staff.”

He added: “Politicians see the beaches of Brighton and Bournemouth busy and ‘Eat Out to Help Out’ and think everything is okay. It’s not.

“There are 450,000 employees in inbound tourism and they face a bleak future.”

Wratten said: “The biggest thing the government can help us with is to find a way to get people travelling again, because that is ultimately what we need. Then the industry will look after itself.”