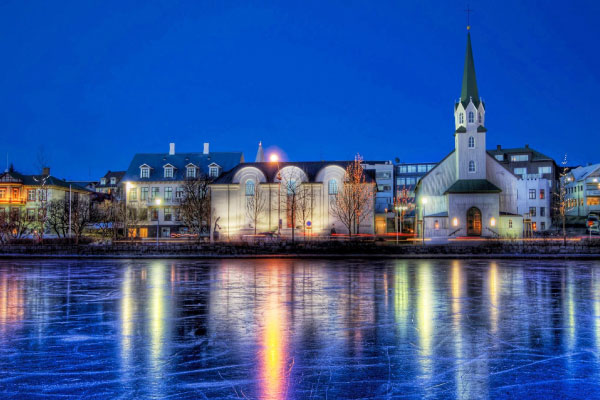 The UK should follow Iceland and adopt new coronavirus testing measures which would limit the need to quarantine from high risk foreign countries from 14 to five days.

The call came as concerns were raised that Croatia could be next to be added to the government’s list of countries where two-week self isolation is required on return to the UK.

The number of cases per 100,000 is now over the government’s preferred measure of 20 over seven days cumulatively.

The country has registered 151 new cases in the past 24 hours and it is believed that numbers are rising a result of relaxed restrictions on nightlife in the country, with two thirds of new infections stemming from bars and nightclubs that remain open after midnight, accordidng to The Telegraph.

An estimated 20,000 British holidaymakers are in the country who could face a last-minute dash home if the government changes its status.

The infection rate in Greece is lower at 13.4 but the country has seen a rise in the number of new cases.

Iceland is poised to introduce a limited quarantine requirement of five days with two tests for Covid-19 – a system which should be adopted by the UK, according to Paul Charles, chief executive of travel consultancy The PC Agency and former spokesman for the Quash Quarantine industry lobby group.

The more comprehensive border screening measures in Iceland start on Wednesday (August 19) when all arriving passengers:

This will apply to everyone arriving in Iceland, with the exception of young children.

The Icelandic initiative came after it emerged that the government’s scientific advisers suggested that testing travellers twice – once on arrival at UK borders and once again between five and eight days later – could help to reduce the quarantine time from 14 to 10 days.

Charles said: “The UK quarantine policy is scarring the economy. It puts off people from travelling and booking ahead, or forces them to consider flouting the law in order to simply go back to work and earn money.

“Let’s see fresh thinking and do what other countries, like Iceland, are doing – a swab test on arrival at the airport at just £50, a mandatory five-day quarantine only, and then a second test free of charge which, if negative, means tourists and business travellers can then continue with their freedom to roam.

“What is the hurdle to doing that in the UK, with its far bigger infrastructure and testing capability than Iceland?”

The Iceland measures follow France being removed from the UK’s list of exempt countries with little over 24 hours notice, triggering a rush by British holidaymakers to return home by the 4am deadline on Saturday morning to avoid having to self-isolate for two weeks.