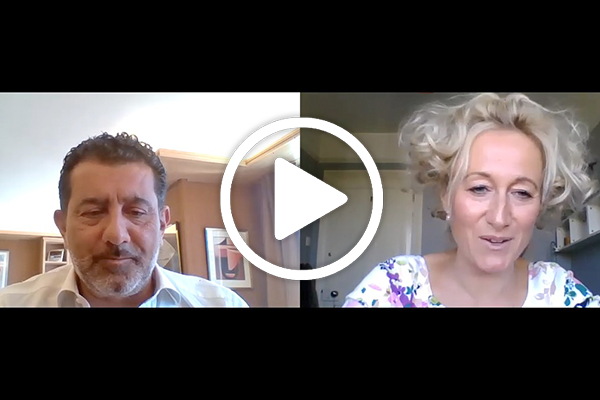 The boss of MSC Cruises says the company has gone “above and beyond the rules” required to restart cruise operations this summer, claiming: “We cannot fail.”

Joining a Travel Weekly webcast from Geneva, chief executive Gianni Onorato said the line had worked with many national and European authorities and had also employed its own panel of experts in order to get its restart of operations right.

MSC hopes to resume cruising in the Mediterranean with two ships on August 16, subject to approval which it hopes to receive this week.

“We felt that we should go beyond the rules, independently from European rules. We cannot miss it. It’s so important for us. We cannot fail. So we hired these experts as well,” he said.

Onorato said working with scientists was difficult because “there is no mid-way for them”.

“They don’t care if you have operational issues, but this has been useful because it’s made us make very tough decisions and we have really adapted all our operations. We have made feasible things that initially we were thinking were impossible,” he said.

He added the experts had advised two key elements to ensure MSC kept the risk of a Covid outbreak onboard as low as possible.

“They said it was essential that we test all the passengers at the moment before embarkation and they said that once onboard, passengers should not get off the ship at each port,” Onorato said, adding that he thought testing at embarkation was impossible because it would take too long to get the results.

He explained: “[I thought] how is that possible? How can I have people waiting in the cruise terminal for two days. Or how can I bring these people on board if I don’t know if they are positive or negative at the Covid test?.”

Onorato insisted new technologies, and combining molecular testing with algorithms, would enable the line to administer a test in the cruise terminal and get a result in three hours.

And he revealed there was also a new technique coming that would give results in one hour.

“They will then go to check in and they will be asked to wait. Once it’s clear, that they will proceed on board.”

Onorato said MSC had installed a laboratory on every ship and the cost of the new  protocols was approximately half a million euros per cruise, but he said the reassurance and confidence it would give to passengers was worth it.

Onorato explained that anyone testing positive, having a temperature over 37.5 or showing any symptoms, would be denied boarding.

But he insisted they would not lose their money because of a new Covid-19 insurance policy, specifically created for MSC, which he expects the majority of guests to take out.

“In some markets it’s included, in others they have the option if they really want to buy separately. It only costs 18 euros per person per cruise so it’s quite cheap if you consider the coverage because they can use it even when they’re at home – if they cannot sail because either they have a suspected case or close contact with someone who has so they have to isolate and can’t travel, this is covering the cost of the cruise,” he said.

“If they are denied boarding at the cruise terminal, it’s also covering the transportation expenses. If they are on board and by chance that there is a case [on the ship] and they are in close contact with that person, they also will be refunded for the portion of the cruise not enjoyed. And if, when they go back home in the first 14 days after disembarkation, by any chance they have been infected by Covid, then in that case it’s also covering partially the hospitalisation cost of the person.”

He added: “We expect most guests traveling with MSC in the future to take out this insurance. In fact we are recommending it and we are considering it almost as a compulsory because this will avoid a lot of issues.”

Onorato said the line had been working hard making agreements with authorities to get the new procedures in place.

“This is set up in every port where we have an embarkation – we have labs, we have Covid facilities, we have these agreements with the medical staff. So in Italy, we have it in Genoa, Civitavecchia, Naples, Palermo, Trieste – wherever we are embarking.”

Onorato said changes had been made to MSC’s shore excursion programme in order to avoid guests becoming infected.

“The second biggest point our scientists told us was that people should not get off the ship during the cruise. They said we could make all this effort to test everyone and then they get off and they get the virus and bring it back on board,” he said.

“So what do you do? We found a solution and that’s that you can get off the ship only through an MSC organised tour. We can make sure that we have buses properly sanitised, we can respect the social distancing, respect the wearing of mask, and we have already tested the different destinations of the tours, so that we know that there is space for everyone; that there is social distances, that there is no mingling or gathering with other people coming from other places.

“The target here is to create a sort of a bubble and that is a moving bubble even when they go shoreside.”

Onorato said the new rules around excursions would be written into the line’s terms and conditions.

“This will be in the amended terms and conditions that we set to buy the cruise. These are the conditions because with health and safety, there no compromise,” he said.

“According to the cabin and experience that you have purchased, you will have a number of excursions included – from one excursion included in the cruise ticket for the Bella inside cabin experience, to five excursions included for the Yacht Club. Or you can buy three additional excursions in three different ports for 100 euro, which again, is a different, more accessible pricing than what we had we had before, but this ensure that we have the control and the protection of our guests also when they’re off the ship.”

“After us, they are the first ones that are suffering from this situation of lack of operation,” he said. “There is a huge economic impact of cruising which is currently lost so they’re very eager to restart the service – and not only the port operators but all the communities.”

“They will have less fear of receiving these guests in the city because they know that they will come only with certain conditions, and are properly protected,” he said.

He also pointed out that unlike other forms or tourism, where the onus fell on the destination, MSC was taking responsibility and incurring the cost.

“The fact that MSC is organising all these agreements with the labs, with the hospitals, with Covid facilities means that we are not going to charge economically, the local communities, but we take charge of this and that’s very important because in other forms of tourism, this is not happening,” he said.

“If you go to Greece and you feel sick for any reason, it’s Greece that is providing for this, but not in our case. So we are also showing the commitment and the contribution that MSC and the cruise industry can make in these various ports.

“We have received a high level of co-operation from everyone. Every port is eager that we are back.”