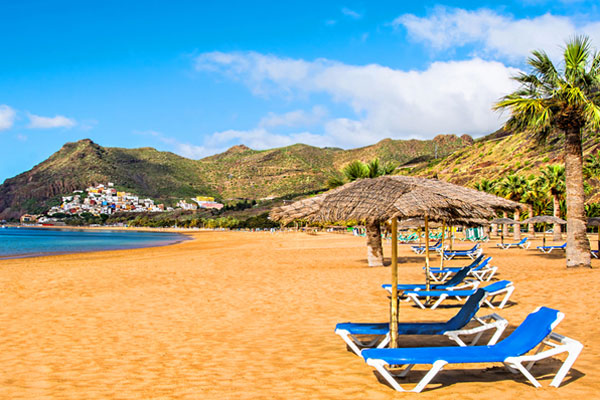 Hopes of a swift relaxation of quarantine rules governing travel to Spain have reportedly been dashed by the government.

The Spanish tourism minister suggested on Monday that the UK could lift the need for self-isolation for 14 days on return from the country, particularly travellers from the Balearic and Canary islands.

Reyes Maroto told Spanish television that new epidemiological data had been sent to London, which she hoped would prompt the British government to revise its quarantine measures.

She said: “It is a decision of the British authorities, but we have given them all the arguments so that they can trust that their tourists are safe in Spanish destinations.

“If it is not the decision we expect, we will continue working with them.

“For us, the best news is to have the destination open with the United Kingdom, which is our main issuing market.

“We have the best protocols and are highly valued by the tourists themselves, who have transferred to their government that they feel safe in Spain.”

But government sources said there were “no updates planned in the next couple of days”.

A source told The Telegraph: “There is nothing at the moment to suggest a change.”

The prime minister’s spokesman, quoted by Mail Online, said there “were some challenges in trying to look at the issue on a regionalised basis” and the decision had been made “based on looking closely at the data”.

Hays Travel said on Monday as it announced 878 jobs losses that the government’s decision to advise against all but essential travel to Spain last week means it is “no longer sustainable” to keep all of its 4,500 staff.

The non-essential travel ban and quarantine requirements imposed on Spain led to the cancellation of hundreds of thousands of holidays, the independent agency’s owners John and Irene Hays said.

George Morgan-Grenville, chief executive of Red Savannah and founder of the Quash Quarantine lobby group of travel and hospitality businesses, described the re-imposition of quarantine on Spain as being “catastrophic” for the company’s bookings.

He said: “The problem is that it is not quite as straightforward as stopping people from travelling to Spain. I think it has had a real diminishing on people’s confidence about travelling in general.

“A lot of people are saying it’s too difficult, it’s too worrying, let us just defer travel to next year, let us just wait to see things calm down.”