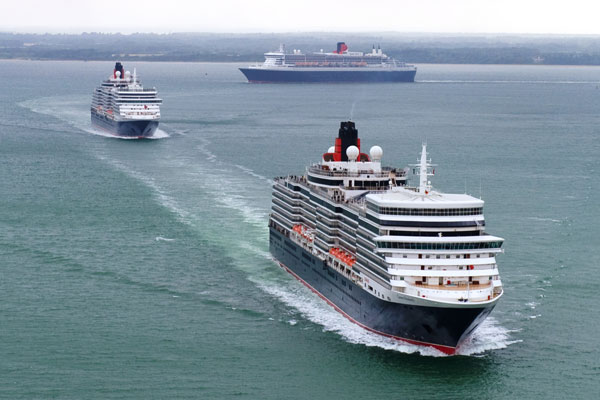 Carnival Corporation has scotched speculation that luxury brands Cunard and Seabourn could be sold as the cruise giant seeks to navigate recovery from the Covid-19 pandemic.

The company was responding to a specialist media report.

Global shipping news service TradeWinds claimed a sale could be prompted by ageing passenger demographics and a need to generate higher returns.

But a Carnival Corporation spokesman said: “There is no truth to this rumour.

“Cunard and Seabourn are iconic brands for our company, and both lines have a strong track record of success over the years.”

The company announced that it is to dispose of a further two ships, in addition to the disposal of 13 ships across its brands and the delayed delivery of new vessels announced earlier this month.

In June, Carnival Corporation said it was speeding up the disposal of ships after a registered $2.4 billion adjusted net loss in the three months to May 31.

It has raised at least $10 billion through a series of financial transactions since March, and had “taken significant actions to preserve cash and secure additional financing to maximise its liquidity”.

It also confirmed $8.8 billion of credit facilities to fund ship deliveries originally planned through to 2023.

Seabourn’s five-ship fleet is on an extended pause in operations into October and November.

The brand had previously announced a suspension of its global ship operations from March 14 until June 30.