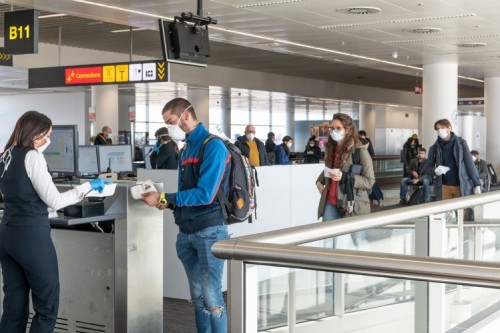 Leading airlines and airports have warned “a patchwork” of uncoordinated travel restrictions and border controls across Europe threaten to “erode consumer confidence” as travel restarts.

They point out EU member states are not adhering to EU Council recommendations and warn: “Uncertainty about travel restrictions, quarantines and the pandemic’s evolution will affect consumer confidence.”

The Council of the European Union last week issued a list of 15 countries to which it recommended EU states open their borders – although travel to and from one of the 15, China, remains conditional on Beijing agreeing reciprocal arrangements.

But in a statement, A4E and ACI Europe said: “EU states are adopting extremely diverging lists. There is very little clarity and significant uncertainty on which citizens can travel where.

“This has led to a patchwork system of travel restrictions and border controls throughout Europe which may remain in place for weeks or months.”

The associations urged member states to adhere to the EU council list and called for its “regular updating” and “expansion to other non-EU/Schengen countries”.

Belgium’s borders remain closed until further notice to travellers from the 15 listed countries;

Germany has reopened its borders to eight countries on the list;

Ireland has extend advice against all non-essential travel until July 20;

Poland has a partial flight ban in place until July 14;

Spain has reopened its borders to 12 countries on the list.

“The situation is creating an uneven playing field within Europe at a time when our sector is struggling for survival.”

Olivier Jankovec, director general of ACI Europe, said: “We can’t afford to exit the situation as chaotically as we entered it.

“This is not conducive to consumer confidence and is clearly undermining efforts to restore air connectivity.”

They warn: “European aviation remains in a severe crisis. Europe’s airlines are projected to lose €19 billion. The latest forecast for airport revenue losses for 2020 stands at a staggering €32 billion.”

The associations describe “a harmonised and coordinated approach” to the reopening of borders as “imperative”.