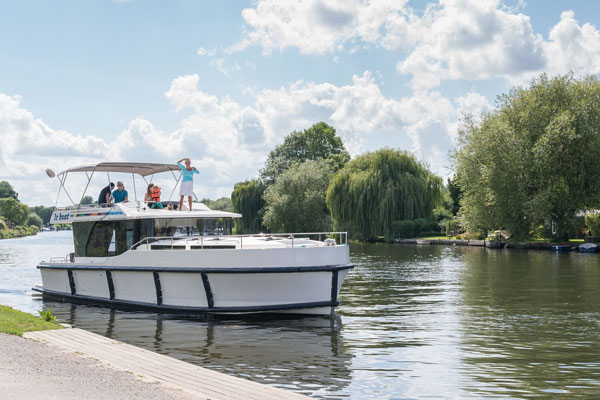 The company said there had a been a rush in demand for stays on its boats in July, August and September since the government gave the go-ahead for travel to self-contained accommodation in England on July 4.

Bookings taken last week were 253% up on last year, and of those, 87% were for the next two months.

The company reported an overall annual rise of 314% in revenue for staycations, with revenue for boat stays on the River Thames up more than 445%.

Le Boat is to open its Laggan base in Scotland on July 22 which has resulted in a 222% increase in revenue as a result of sales of boating holidays in the Highlands.

She added: “It has been brilliant to see such an upturn in bookings and a thirst for people wanting to experience self-drive boating holidays on the River Thames and in Scotland.

“Remarkably, 80% are new customers who have been looking for an alternative holiday where they can escape and be in a bubble with their family, whilst exploring lesser-populated destinations in the UK.”

The company said it still has boats, which come fully equipped for self-catering holidays, available for this summer from £1,239 for a boat sleeping up to four people.

It has also announced additional health and safety measures under its Covid Safety Charter, including pre-departure information being provided digitally, safety videos in advance and increased cleaning of its boats.