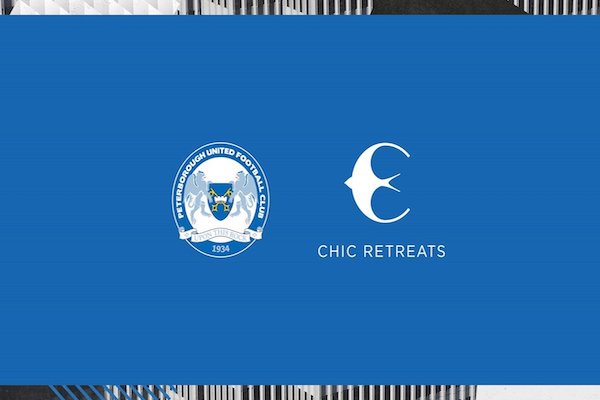 Travel lifestyle brand Chic Retreats is to become a sponsor of Peterborough United, known as the Posh.

A three-year training wear sponsorship deal will see branding appear across the club’s official leisure-wear and training kit for the next three seasons, as well as on official match day tracksuits.

The partnership extends to cover the management’s training wear, including the League 1 club’s manager Darren Ferguson and his coaching staff.

The company will offer supporters discounted rates at boutique hotels for away games as part of the deal, agreed for an undisclosed sum.

London-based Chic Retreats chief executive Georgia Panteli said: “Through this partnership, we not only intend to support Peterborough United but also their loyal fan base by offering quality hotels for their away day travel and opportunities to benefit from discounting stays for their private travel arrangements.”

The club’s commercial manager Alex Harris added: “We are really pleased to welcome Chic Retreats to the ‘Posh’ family and are really looking forward to working with them over this three-year period.

“They have a lot of exciting things planned and this deal will also have an impact on our supporters travelling up and down the country supporting the team.”