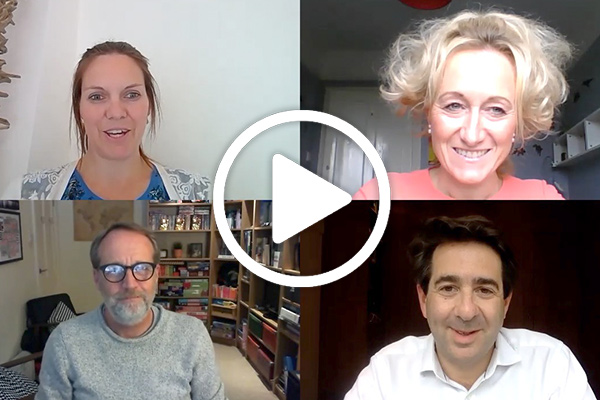 Speaking on a Travel Weekly webcast on Friday last week, Derek Jones, chief executive of Der Touristik UK, said: “I’ve always been relatively cautious about this [too much optimism following publication of the government’s ‘safe lists’] because the one thing that we really are not lobbying hard enough on is sector support for the travel industry to continue to see us through this crisis beyond the end of the furlough scheme.

“The furlough scheme as a generic scheme has been hugely helpful, but it ends at the end of October and our problems don’t end at the end of October. Revenues next year are going to be significantly down on this year; our forward revenues don’t land until much later in the cycle.

“Hibernation for the travel industry is going to continue way beyond the end of furlough and my real concern is that if there isn’t further support, there will be further failures and people’s jobs will be lost.”

Speaking before Abta chief executive Mark Tanzer wrote to the prime minister calling for a package of “tailored support” for the industry, Jones added: “There’s still a job to be done. Most people in the travel industry acknowledge this is an issue that needs addressing and yet nobody has really picked up the baton and really addressed it with the government.

“So we need to build on this momentum [the partial success achieved by the Quash Quarantine movement] and maintain that voice and continue to campaign for support.”

He added: “Regardless of who does it, we should take heart from the fact that when we do get it right, the government do listen. And when we’ve got a strong message, and when we tell it well, that we can make the government rethink.

“Right now, I don’t think that the government are seriously thinking about providing additional sector support for the travel industry.”

Paul Charles, chief executive of The PC Agency and co-ordinator of the Quash Quarantine campaign added: “I know the Chancellor is going to be making statements in a few days about further support. He pulled a rabbit out of the hat with the furlough scheme so maybe he’ll have something up his sleeve, as the magician in this crisis, that will help all sectors.

“But this is a crisis we could never have planned for. Sadly, lots of colleagues have had to be laid off; a lot of them with huge amounts of experience and they’re going to find it hard to get work for a long time. Something’s got to support and prop up the industry because of the million jobs that are at risk still.”

Kelly Cookes, leisure director at The Advantage Travel Partnership, added: “In terms of members, we haven’t – fingers crossed – lost any agents at the moment. The only ones that have departed our group are the Wallace Arnold shops that formed part of the Shearings group. Other than that, we are supporting them and they’re doing well.

“However, there are so many more hurdles that we’ve got to get through. And all we can do at the moment is give them as much advice and support as possible.”