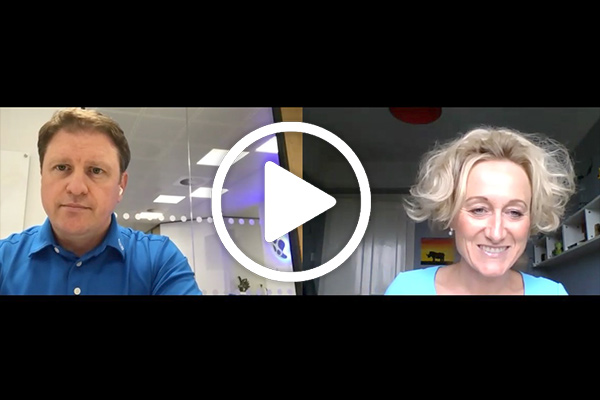 Twenty-six Travel Network Group members have had to close their doors as a result of the Covid-19 crisis, but boss Gary Lewis described this as “remarkable” in the circumstances.

The travel agency consortium’s chief executive said its members averted “catastrophe” in the global pandemic, which he had feared could have let two thirds of its members in trouble.

It has since gone on to agree a deal to acquire Global Travel Group and its 285 agent members.

Speaking on a Travel Weekly webcast on Tuesday evening, he confirmed: “As of today we’ve had about 26 members that have closed their doors since the start of this crisis, that’s remarkable out of 1,025 members.

“We’ve got a pipeline of new business coming in, but actually, all we obsess about is our existing members and meeting their individual needs. And you know, the furlough scheme, the government loans, all those things have been phenomenal to keep businesses alive.”

Lewis took decisive action at the start of the pandemic, making swift redundancies, saying at the time that he had to set a good example to members that they needed to act quickly to get their costs down.

He said: “I realised quite early on that this was not going away. This was a scary time. It seems like forever ago now, doesn’t it? But when we made the decisions about the first part of the crisis, there was no furlough scheme; there was no government loans. There was only, what we thought, was this catastrophe about to happen.

“We believed we could lose up to 60-65% of our members, because we couldn’t see how they could go over six months without any income. And now we’re looking, potentially it could be six to eight to 10 months now, but there are at least signs of hope there now.”

“We made the decisions around the redundancies with that in mind, saying to members, look, this is so real, we have to control things and make sure we have a pot of cash so that can survive us for the next 12 months without any revenue incomes.

“Then furlough came in, and we brought those people back [from redundancy into furlough]. We have still got those people on furlough, and we hope to run that furlough for as long as possible. Obviously, at that two-week crisis, we looked at what else should we be doing to make sure we come out the other side of this, and that’s when we talk to partners and opportunities [such as the Global deal].”

Lewis admitted he was still worried, but more so now for his business partners than his own members who he said have “a bit more commitment and exposure”. “I know that’s certainly a concern for the CAA and others, around where they sit,” he said.

“I worry for a whole industry around that and it doesn’t matter…the bigger you are, the more you’re bleeding and the more that support is being required. So I’m worried for us all. Let’s hope we trade our way out of it with confidence to the consumer.

“That’s what’s [been] really disappointing about the government decisions and communications around the quarantine and the FCO advice and all those things, because they got off to a phenomenal start in giving us the ability to survive, and they just been muddled with their clarity, conversation and communication.”