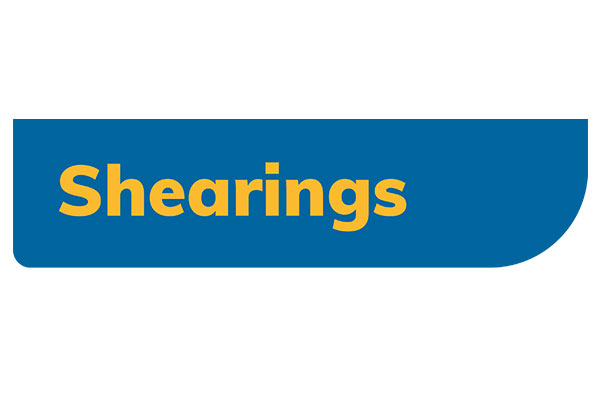 Escorted touring specialist Leger Holidays has acquired the Shearings name, website and customer database for an undisclosed sum and plans to “bring the iconic brand back to life” next month.

The deal does not include the company’s coaches or hotels, or any of Shearings’ sister brands within the Specialist Leisure Group, which went into administration on May 22.

The acquisition also does not include any employees, but Leger chief executive Ian Henry said there may be opportunities to take on staff in the future if the business grows as planned.

Henry said: “We are sympathetic to what has happened prior to our ownership. Shearings is a heritage brand and an iconic name and a lot of people worked there for many years; the stalwarts of our sector of the industry really. We want to try and take good care of the brand and build it up for the future and hopefully in so doing, it may create some more jobs along the line.”

He added: “[Former employees] are not part of the acquisition. But as the business builds, we will no doubt have requirement for additional resource, some of it direct and some of it indirect. So for example, indirect would be the coaches we use and some of them may require hiring additional drivers.

“In the short-term, while we’re not operating tours, we don’t have a great need for operational staff, and we think we’ve got enough capacity within our own business for what we would see as the start point. But clearly as things develop, and if they develop to the potential that they could, then we will definitely need to recruit additional people.”

Henry said the distance between Shearings’ former offices in Wigan and Leger’s in Rotherham need not be a barrier.

“One of the things we’ve learned through the lockdown period is not everybody needs to work from the same office. So we’re based over in South Yorkshire on the east side of the Pennines while Shearings was on the west side of the Pennines. It doesn’t mean that if we do look to recruit people in the future that they’d have to come to us because people may be able to work from anywhere,” he said.

Leger Holidays and Shearings formerly competed head-to-head in the escorted coach tours arena, with Leger’s focus on European tours while Shearings offered both a European programme and a market-leading domestic coach touring programme. Both companies concentrated their marketing efforts on the 60 years-plus demographic.

He said the UK product would initially be similar to Shearings’ previous offering but would “not be a replica” as Shearings owned a number of hotels which have not been acquired and are therefore currently unavailable to contract. It will start with an initial 30 tours in areas including Scotland, North Wales, the South West, South Wales and the South Coast, with more added throughout next summer.

“We had already constructed a programme for the UK,” he said. “It’s not something that we only began on the demise of Shearings, but it probably accelerated it.”

Most tours will typically be five days’ duration with some seven or eight-day options, particularly for Scotland.

He said the current climate and trend towards domestic travel in the wake of the coronavirus pandemic could be advantageous.

“Post Covid-19, we are predicting an increase in staycations. Domestic tours were enormous for Shearings. Even if we only pick up a percentage of that, ultimately it’s still going to be good for Leger and we obviously we think we’re going to be assisted by the fact that the market will actually be in our favour as well, at this time,” he said.

In Europe, Henry said there would be clear differentiation between Leger’s and Shearings’ offering.

“In Europe, both the Leger and Shearings brands will be offering similar destinations, because clearly there’s only one Europe and if you go to the Italian Lakes, there’s only one area you’re going to visit. So we’re going to the same destinations but let’s call it different standards of coach, which offer different levels of comfort, but which also obviously come with a different level of price. And that’s the way we’ll split the proposition to the consumer. There will be a particular Leger style and a particular Shearings one.”

Henry said the new programme would go on sale online in two weeks’ time, with the first tours expected to depart in spring 2021.

“Our plan is to start operating tours next year. If by some chance there is some sort of miraculous recovery of the travel industry in terms of the ability to travel unfettered in the short-term, then clearly we’d have a look at what we might be able to do in the late later parts of the autumn. But I think what we’re focused on his departures for next year, from about the middle of March onwards.”

Henry also confirmed Leger would work with travel agents on the commissionable sale of Shearings’ tours.

“We don’t deny that we sell direct, it’s important that you do have some control over your customer database and your customers. But clearly, lots of customers prefer to actually go into a shop and book or talk to somebody who they know locally and book, whichever way it might be. So clearly that’s going to be central to our plan going forward and we are looking forward to being able to talk to travel agents about selling both brands,” he said.

Henry concluded: “We have gone into this deal knowing that the two brands already have many synergies – similar product, customer demographic, experience values, impressive repeat business and customer loyalty and, as such, we already have the business model in place to seamlessly relaunch Shearings. Leger Holidays has nearly 40 years’ experience in escorted tours – we are not recklessly helicoptering into unknown territory.

“It seems a little bit surreal that we’ve now got the opportunity to acquire that brand and shape it in a way that we can try to build it in the future. This deal will not only save the Shearings brand but will reinforce Leger Holidays’ position as the UK’s largest coach holiday operator.”