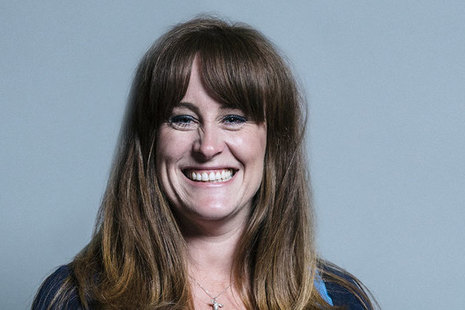 Aviation minister Kelly Tolhurst insisted her department is “working at pace” to confirm whether refund credit notes for cancelled package holidays are financially protected under the Atol scheme.

Tolhurst appeared before Parliament’s Transport Select Committee today and was asked whether vouchers or refund credit notes issued in place of cash refunds are protected against the insolvency of the issuer.

She told MPs: “That is something we are working on at pace with HM Treasury to get a policy outcome on.

“We know some other countries have done that [underwritten vouchers in place of cash refunds].”

However, initially asked whether vouchers for package bookings are protected now, Tolhurst responded: “It depends on the contract between the customer and the operator.”

In fact, vouchers are explicitly excluded from Atol protection by the Atol Regulations, but refund credits should be protected under the existing rules so long as issued correctly.

The exchange came at the end of a lengthy appearance before the committee by the minister.

Asked about the delays in airlines refunding consumers for cancelled flights, Tolhurst said: “We’re very clear customers are entitled to refunds, and through the CAA we’re making clear to airlines they must pay within the time.”

But she added: “We’re trying to take a pragmatic view. The reality is this legislation was not designed for a situation like this so the regulations are being tested.

“Ultimately customers are entitled to a refund and we’re working with the CAA to understand where there are issues.”

Asked if the CAA is in need of tougher powers to enforce compliance by carriers, Moriarty told MPs: “There is a case to strengthen our powers regarding airline refunds.”

He said the process of taking a carrier to court for non-payment “can take two years”, but he added: “If we find evidence of an airline not doing their best we won’t hesitate to take action.”

Moriarty insisted: “We recognise this is an enormous issue. We’ve launched an investigation and we’ve published detailed guidance to airlines.”

However, he added: “We’re supportive of vouchers and rebooking where these suit customers.

“The question is how quickly airlines can pay back refunds to consumers and tour operators. All the airlines we regulate have said they are paying refunds.

“I know of one major airline which has cleared 90% of its refunds [backlog].

“Many airlines have been badly hit in terms of trained staff not being able to access offices. Having said that, as the lockdown eases we would expect airlines to clear the backlog.”

Tolhurst told the committee: “If organisations not fulfilling their obligations, where we can strengthen enforcement is something we need to look at as we come out of this situation.”