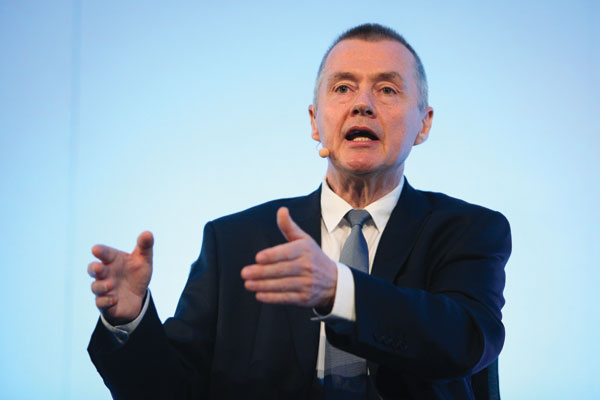 Walsh, head of the parent group of British Airways, appeared before Parliament’s Transport Select Committee on Monday and said: “There will probably be four years’ loss of growth.

“Anyone who believes we are going back to the way we were in 2019 misunderstands the situation we are in.”

More: BA customers ‘are entitled to a refund’

However, Walsh insisted he sees “a future for BA at Gatwick” despite a leaked memo revealing the carrier could quit the airport as the airline restructures and makes up to 12,000 staff redundant.

Walsh faced fierce questioning on the proposed redundancies at BA, announced at the end of April.

“We have to ensure we are in shape to survive in an environment that will be significantly different. There is no point surviving in the short-term only to collapse.”

He said: “BA makes the most profit because it has the most capital invested. But BA also has the highest fixed costs. So unless BA significantly adjusts its cost base it is going to make significantly greater losses than the other [IAG] airlines.

“We are engaging in consultation [with the trade unions] as we are obliged to do, solely driven by the fact we are in the deepest downturn the aviation industry has ever seen.

“We’ve embarked on restructuring group wide. The labour laws in Spain and Ireland are different. We are not picking on BA. We are doing exactly the same with all airlines in the group.”

Pressed by MPs on the changes to working practices BA is seeking, Walsh said: “I am not going to prejudge the outcome of the consultation. I’m not going to negotiate with you.

“This is nothing to do with industrial relations. It is to do with the survival of the company. The sole objective is to ensure we still have BA when we get through this.”

He offered some hope to staff at Gatwick, telling MPs: “I do see a future for BA at Gatwick. In many ways it’s a better airport than Heathrow. It’s better run. The customer base is one we want to serve.

“I like to think that BA will operate at Gatwick in future.”

He suggested London City Airport faces “the greatest challenge”, saying: “London City was the first airport that physically closed in Europe. The airport will be challenged greatly. We will consider our future there in consultation with the unions.”

Walsh dismissed the suggestion that he was looking for rival carriers such as Virgin Atlantic to fail.

He said: “Talk of driving competitors out of business is total nonsense. But I firmly believe not all airlines will come out of this because some of them were not viable in good times. I can’t see how they will survive now.”