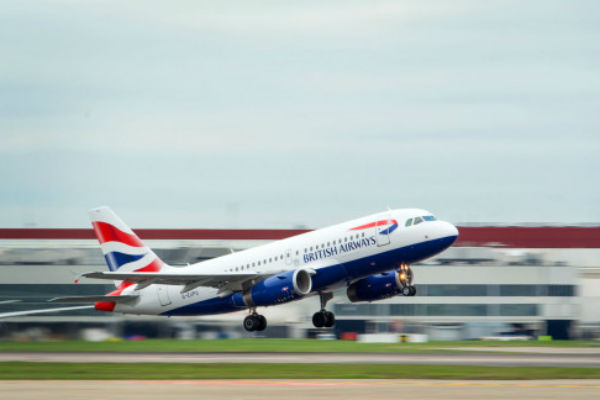 Around 100 more flights have been cancelled on Monday following Storm Ciara.

The majority of services affected are with British Airways in and out of Heathrow but services at Gatwick, Luton and London City are also impacted.

Passengers are being urged to check their flights with their airline before travelling to airports.

BA said: “We’re getting in touch with those affected, and have brought in extra customer teams to help them with a range of options including a full refund or an alternative flight between now and Thursday,” the airline said.

“Any customer flying short-haul to or from Heathrow or Gatwick, can also choose to make changes to their travel plans if they would prefer to fly another time.”

At Gatwick, easyJet was among a number of airlines to cancel European services.

Flights at Luton, Stansted, Birmingham and Bristol airports were also impacted over the weekend.

The storm brought a month and a half’s worth of rainfall in 24 hours for some parts of the UK, leading to flooding and power cuts for more than half a million households.