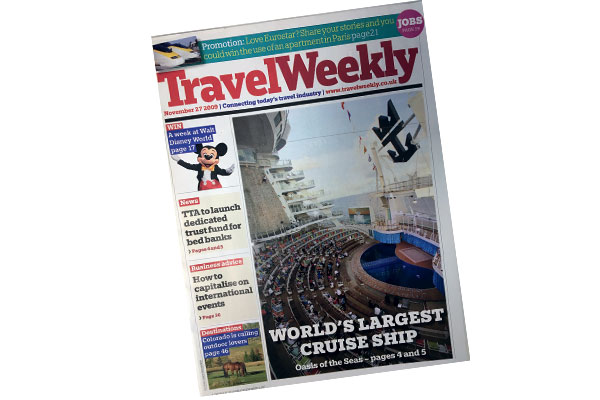 • The Travel Trust Association revealed it was working on a proposal for a dedicated trust fund to protect bed banks and agents in the event of a failure. It followed Abta’s decision to force bed bank members to assume liability in the event of an agency failure.

• Cockermouth Travel in Cumbria was back in business hours after floods forced owner Paul Cusack to evacuate his shop. The phones and computer system were diverted so staff could work from home.

• The CAA said it had a “strong chance” of having the not-guilty verdict in the Travel Republic case overturned in the High Court, while TTA Worldchoice members were warned not to start operating outside Atol on the back of the case.

• Hays Travel, which had 35 branches in the northeast, 300 homeworkers and 160 Independence Group members, said it was looking at potential acquisitions for 2010. 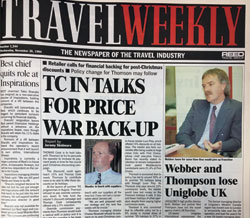 • Thomas Cook planned talks with Thomson to persuade the operator to increase payment levels. With discounts likely to reach 15%, Cook needed more commission for its shops to offer that level of discount.

• Uniglobe director Keith Webber and partner Neil Thompson lost the UK franchise for the agency chain after their company went into liquidation, while insolvent agents won a reprieve from Abta to retain membership if they returned balance sheets to the black before submitting accounts.

• Columnist Maureen Hill recounted how a client who paid an extra £40 for an Olympic Gold package was not impressed when told the champagne was sparkling wine and extras included fruit. “The brochure says Gold is for people who appreciate the best – I don’t think a bottle of Pomagne and a couple of bananas fit the description, do you?” he said. 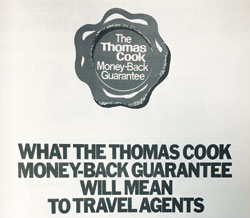 • Abta announced a campaign to promote the reserve fund scheme on holiday protection once the shape of government legislation was clear.

• Meanwhile, most major retailers adopted a wait-and-see attitude to Thomas Cook’s moneyback guarantee scheme, although two, RACS Travel and Ellerman Travel, said their clients would get money back if an operator failed. Cook took out an ad in Travelnews to explain its guarantee.

• Creditors were told the total liabilities of Clarksons Holidays could total £27 million, but assets were unlikely to top £3.6 million.

• Castle Holidays was poised to re-enter the market with a programme to Spain, Morocco, Yugoslavia and Italy targeting 55,000 holidaymakers for 1975.