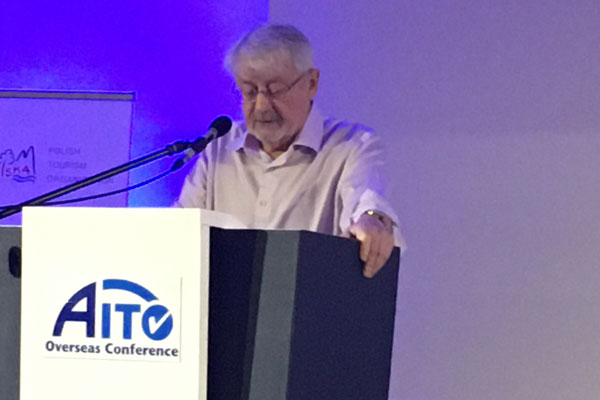 The Specialist Travel Association (Aito) is to set up a climate change think tank to tackle growing consumer criticism of the industry.

Aito chairman Derek Moore announced the plan at the close of this year’s Aito Overseas Conference in Wroclaw, Poland.

He said: “A few Aito members have been discussing the issue in the last few weeks. The proposal is that Aito sets up a think tank to start engaging on the issue of climate change. There is no organisation getting the industry’s view in the press.”

The think tank will work on behalf of Aito members, of which there are 120 tour operators, to formulate the “appropriate response” as an industry to the growing climate crisis.

He said: “It will look at how we respond to criticism. Increasingly consumers will challenge us and we need a considered response. We want to have an industry answer.

“We need to justify our position [as travel companies]. We need to be able to counter the perceptions of consumers that we are the villains of the piece.”

The think tank will also aim to engage with politicians, airlines and other industry stakeholders on the issue to find out what action is being taken to reduce the impact of travel on the environment.

Nomadic Thoughts founder Jono Vernon-Powell, one of the group to come up with the idea for a think tank, said: “Everything we hear is about CO2 emissions and climate change, but who is leading the debate [from the industry]? We are trying to create a forum. This issue is a game-changer. We now have to take action.”

An initial first meeting will be held after the results of the general election in December.

The plans follows discussions during the conference on the increasing pressure being put on Aito members’ customers by their children not to fly because of environment concerns and the need for travel companies to highlight the positive aspects tourism brings to destinations.

Brexit will be like ‘slow puncture’ for economy – Sir Vince Cable

Industry must engage with government or face quotas