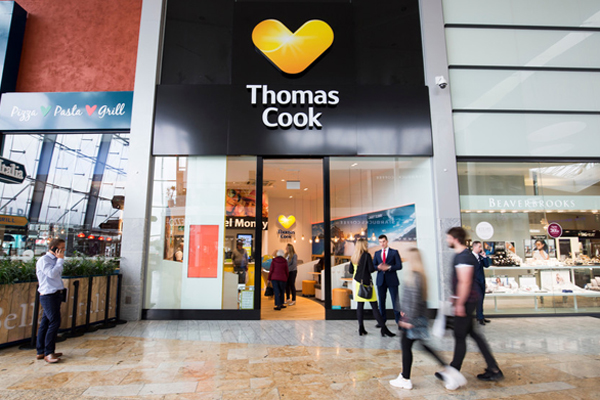 The industry awaits clarity on a series of issues, says Ian Taylor

Did all bookings have to be cancelled?

The CAA has been criticised for telling consumers all bookings were cancelled and not taking account of third-party tour operator bookings by Thomas Cook agents on airlines other than Thomas Cook’s.

A source close to the refunding process noted: “There was a lot of third-party tour operator business with Thomas Cook.”

A leading tour operator said: “We had to cancel flights for the [October] half-term holidays. They had not been paid for. Then customers called and said: ‘What? You’ve cancelled my flight?’”

Comment: The aftermath and impact of Thomas Cook’s collapse

In some cases, customers booked alternative flights themselves and are now seeking refunds but may have to wait two months.

John Bevan, Dnata B2B chief executive for Europe, raised this issue at Abta’s Travel Convention in Tokyo this week, saying: “We were sat with tens of thousands of bookings through Thomas Cook shops.

“It took over a week for us to get the data to tell people their holiday was safe. [Then] we saw people were rebooking holidays.”

Bevan highlighted the difficulties of dealing with the failure were exacerbated because Thomas Cook agents had not shared customer email addresses and phone numbers with tour operators.

He said: “We had no customer information. All we got as a tour operator was a lead name [on a booking] and no passenger information.”

Had the company had that information, he said: “On the Monday [after the failure] we would have emailed these customers and said, ‘We’ve got your holiday’.”

Bevan insisted: “That has to change. Going forward we’re going to need an email address and phone number. We’re going to put that in contracts [with agents].”

Where third-party tour operators pick up Thomas Cook holiday bookings made through third-party agents, the agents will lose commission where the balance has been paid.

A senior industry source explained: “People are being quite flexible. [But] generally if the balance has been paid, no one is going to pay commission. It has been lost.”

However, the source noted: “The most common situation is that customers have only paid a deposit. Where the balance has not been paid, in most cases the tour operator is paying commission to the agent.

“Most are happy to have the continuity and want to preserve the channel of distribution.

“You have a hit on the balance in one month, around the balances collected during September probably for November-December departures. It is these balances and commissions that have been lost.”

What about protection of pipeline money?

“Money is collected from agents in the week it’s due and the system works well.”

However, bigger retailers may be “robust in saying [to tour operators] ‘You must give us credit.’ Thomas Cook had that as a condition of being racked.

“Credit agents were never covered [by Abta bonding]. Tour operators have a choice [and] it’s not Abta’s role to underwrite the risks of tour operators.”

None should have been caught by surprise. The concern, according to the source, is that “some operators have been reckless and gone for volume with Thomas Cook”.

No, third-party agents who accepted low deposits on Thomas Cook bookings and made up the difference themselves will have lost the money.

It is unclear how widespread this practice was, but some agents have reported taking £50 deposits from customers while passing £200 deposits to Thomas Cook.

An industry source confirmed: “Thomas Cook was running a low-deposit scheme and some retailers chose to compete. But we don’t know how widespread this was.”

The only recourse for the agent would be to ask the customer to pay the outstanding amount. But no customer could be expected to pay more for a holiday that has been cancelled and on which they are already seeking a refund for the deposit they did pay.

What about balances on third-party bookings paid early?

It appears some Thomas Cook agents collected balances early from customers, and these were not passed on to third-party tour operators before the company went into liquidation.

How widespread the practice was remains unclear, but there are enough examples to make it a serious concern for some operators.

Royal Caribbean UK managing director Ben Bouldin told Abta’s Travel Convention: “Thomas Cook was taking full payments at the point of booking and they were not passed on.

“We thought only deposits had been taken. It’s a more challenging scenario than it needed to be.”

ATD Travel Services managing director Oliver Brendon, also speaking at the Convention, reported receiving calls from worried customers including one who had been asked by Thomas Cook to pay their balance in full for a holiday next Easter.

“We should have absolute clarity over when collection takes place, when money is passed over and, in that time, what is protected and what’s not.”

A senior source said: “We are finding customers had paid the balance early, [when] tour operators would expect just the deposit to have been paid.

“It’s bad practice – it could be in breach of agency agreements – and it hits the third-party tour operators.

“We’ve seen a number of cases and there are worries about how many will be revealed. But if a programme had been put in place by someone at Thomas Cook [to do this], Abta would have heard about it.

“A proportion of customers would have called Abta and asked, ‘Do I need to pay now?’ It’s unclear how widespread this was.”

Comment: The aftermath and impact of Thomas Cook’s collapse