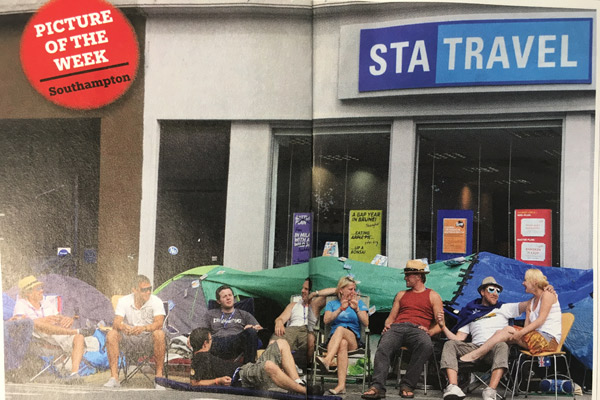 • STA Travel opened its doors to hordes of consumers hoping to travel to Australia as a ‘£10 pom’. The agency offered 150 £10 single-fare tickets from eight branches nationwide to mark its 30th anniversary, echoing the 1950s’ £10 ticket price.

• The industry raised pressure on ministers over plans to increase APD as a poll of 1,000 voters by Flying Matters suggested 70% of voters in marginal seats regarded the tax as unfair. Abta called on consumers to petition the government and write to MPs ahead of upcoming increases.

• First Choice rejected a suggestion by a travel law company that it should clean up or stop selling the Holiday Village resort in Turkey due to continued sickness claims.

• In a news feature, Travel Weekly reported that two Midcounties Co-operative Travel stores had been transformed into multi-channel concept shops, with the joined-up use of online, shop and call centres.

• Meanwhile, deals publisher Travelzoo reported it was close to having 1.4 million UK subscribers after attracting 67,400 in July. 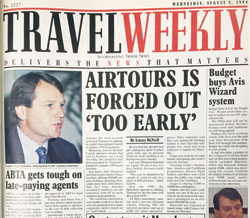 • Qantas said it would be pulling out of Manchester and partner British Airways announced it was axing its New Zealand flights following a joint review. The carriers were set to integrate schedules and co‑operate on sales and marketing.

• Virgin Atlantic created its first RTW  fare in a tie-up with Malaysia Airlines.

• Abta said it would tighten up on late‑paying agents following complaints from operators they were not getting their money on time.

• Going Places confirmed it would de-rack Suncars in October after signing Avis as its global car rental partner. 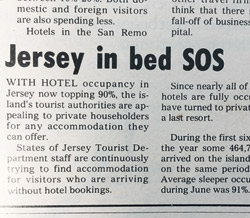 • More government support for tourism was called for by Sir Mark Henig, chairman of the English Tourist Board, to make England one of the world’s leading tourism destinations.

• Sunquest put out a special “emergency” offer of one and two-week breaks to Tunisia from £99 and £133 including all surcharges as an alternative to Greek holidays, while it was revealed winter fuel surcharges were expected to be agreed soon.

• On the tourism page, Travel News reported that just over half of British visitors to Australia were male, 61% were over the age of 40 and most were white-collar workers, according to Australian Tourist Commission figures for the 12 months to June 1973.

• Closer to home, Jersey’s tourist board appealed to private householders to provide accommodation after hotel occupancy topped 90% on the island.