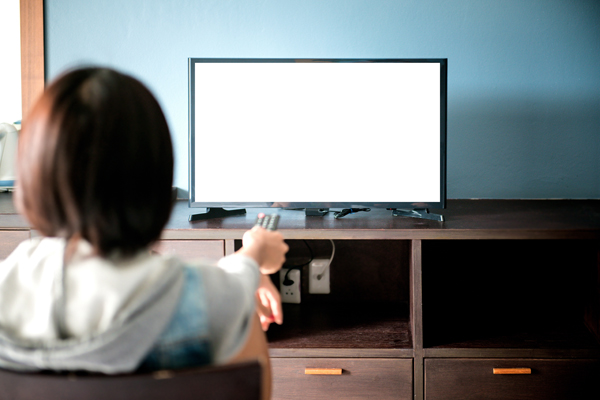 Listen: Get the verdict on this year’s campaigns in the Travel Weekly Podcast

It’s that time of year when companies from across the sector try to grab the attention of consumers suffering the January blues. Steve Dunne, chief executive of Digital Drums reviews eight of the biggest campaigns

In many ways, ITC’s ad is a classic turn-of-year campaign.

Narrated by both a male and female voice outlining their ideal holiday – from fly-and-flop to luxury escape – with striking visuals of beaches, city skylines and safaris, it seems to tick every box on the holiday wishlist.

It certainly plants the seed of thinking about booking a holiday in a consumer’s mind. But the call to action isn’t strong enough. Apart from the sign-off at the end, ITC has minimal presence.

In an arena where a consumeris presented with thousands of messages every day, the risk is that while the seed of the idea of a holiday is planted, it may not be the ITC brand that gets purchased.

‘The Little Duck’: If any brand can be expected to make great TV ads then Disney, with its family appeal, storytelling skills and cinematic pedigree must be the one.

And for best pull on the heart strings, best uplifting storyline and, in a house full of children, the advertisement most likely to get the big reaction, then Disneyland Paris’s ‘The Little Duck’ offering must take the prize.

From the storyline to the visuals and from the music bed to the call to action, the advert – about a duckling finding an old Disney comic featuring Donald Duck, whom the duckling eventually meets – is faultless.

It’s a great ad that even the most flint-hearted adult will find difficult to not be moved by.

‘Travel worth talking about’: The regular TV advertiser took a break last year but is back big time for this season with a couple of new ads.

Set against an uplifting music bed of Happy Talk from the film South Pacific, striking visuals of exotic scenes merge into African safaris, then blend seamlessly into a high street Kuoni shop, as the line “you have to have a dream” is sung against the backdrop of a travel consultant talking to excited customers.

In classic textbook marketing, the viewer is left with a strong call to action.

Kuoni’s offering is the high-water mark of this season’s turn-of-year campaigns. It is arguably the best travel TV advert for several years.

‘Do it for the stories’: Icelolly’s campaign focuses on how stories help relive great memories, and holidays create great stories.

In a superb strategic move, the 30-second ad first aired on Boxing Day during the James Bond film Quantum of Solace.

The Icelolly logo is on screen throughout – a smart move for a brand relatively new to the marketplace.

Another nice touch is the indication of the price of different experiences, with the opening commentary stating “whatever your budget” providing a talking point for viewers.

While the visual storyboard is typical of many travel brands’ advertising, the narrative may well resonate with consumers and be a powerful call to action.

Playing on last year’s split-screen format, the advert reflects the quality of the brand – from the visuals to the voiceover.

The different scenes, from breathtaking scenery to fine dining, challenge the views that consumers often hold about cruising.

The fact that the advert avoids the predictable images of cruise ships employed by other brands makes it stand out and would make it appeal to the demographic it is targeting.

The call to action at the end, both on the screen and in the voiceover, would make a viewer take note. As an advert aimed at a specific audience, it ticks all the boxes.

‘Reunite’: The advert, which has been running for a couple of months, is the story of a mother and teenage daughter who, over the duration of a holiday, grow closer as a result of several experiences and by spending the type of quality time together that holidays provide.

A lively and upbeat music bed set against bright-blue skies, vivid sunshine and scenes of yoga, eating, swimming and dancing, position the power of a holiday strongly.

However, the advert, I would imagine, may split opinion, as the moody teenager of the first half could irritate many viewers.

The ad finishes with the Tui strapline, “Discover your smile”. It’s a good, solid advert but not a standout one.

A bright scene of blue skies and sunkissed beaches, while the Chi-Lites sing “I found sunshine when I found you”, is just the remedy for the long, cold nights.

Featuring the ‘beach sandman’ of previous campaigns and narrated by Sheridan Smith, who cheerfully tells viewers there are thousands of holidays and that you can spread the cost until two weeks before you fly, the advert ticks all the boxes.

And, in a clever piece of marketing strategy, it not only appears on UK TV screens but also features at cinema screenings of the new Mary Poppins Returns film, which will help grow brand awareness in its key market sectors.

‘Hold my hand’: I’ve always been a fan of Jet2holidays’ “hold my hand” campaign, and it’s been rolled out again this season with three different, and targeted, offerings – for the family, couples and young-couples segments of the market.

The music bed is uplifting and energetic, and the visuals reflect everything that is exciting about a holiday, as well as featuring the brand name in the background of many shots. The call to action is also strong. My only issue is the danger of what marketers call ‘habituation’ – where an advert or concept is played so much, or is associated with a brand so strongly, that it becomes like wallpaper and fails to have the cut through it once had.

Jet2 is close to that point and may need to look at another approach in the future.

Once the Christmas Day festivities are over, most people’s thoughts turn to their summer holiday. So at this time of the year, brands jostle for position on TV, cinema and radio to build brand awareness and sell holidays.

The challenge for marketers is how to get their brand to stand out. After all, most adverts are working with the same base material – spectacular shots of beaches, pools, sunsets, mountains or people laughing, swimming or dining – regardless of the destination or type of holiday. This creates the potential problem that every product and travel provider will merge into one in the consumer’s mind.

The secret is to grab attention, inspire and excite the consumer and then get them to commit to your brand by following a call to action.

Listen: Get the verdict on this year’s campaigns in the Travel Weekly Podcast

Do you agree with Steve Dunne’s verdict? Vote for your favourite ad: