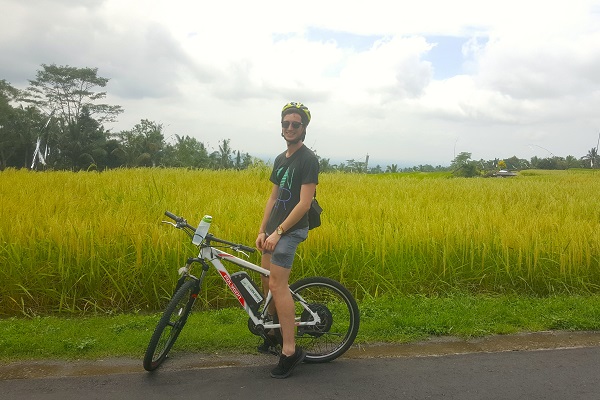 A destination scout from tour operator Vivid Travel had his flights from Bali cancelled after volcanic ash spewed out of Mount Agung.

The country is on high alert due to what is considered to be an imminent major eruption of the volcano that has led to more than 400 flights being cancelled and left 59,000 travellers stranded.

So Adam de Lancey had to make a plan B after his travel arrangements to see Komodo dragons on the island of Flores were disrupted – and arranged to go to another volcano.

Mount Bromo, in east Java – another region of Indonesia – is not expected to blow its top anytime soon, he assured Travel Weekly.

Because his 7:30am Garuda Indonesia flight from Bali on Wednesday morning was cancelled, de Lancey instead rented a car and drove for more than seven hours, including a ferry ride, with his local tour guide to a small village where he’s staying before venturing up Mt Bromo.

He said: “In terms of a major eruption, it hasn’t happened yet. It’s a really quite weird experience because if you are not in what they call ‘the exclusion zone’, and don’t have access to the internet, you’d have no idea anything was happening.

“So the feeling around Bali is quite relaxed. The weather is still great. I would have pictured a black stormy sky full of grey cloud, but it was bright and sunny in the morning.”

Travel designer de Lancey said that the local people are happy to hear that Mount Agung is due to erupt as it makes their farming lands more fertile.

“It might seem strange going to a different volcano,” he said about his new plans. “But hopefully it means we can put some tours together for Mount Bromo, which is quite a famous tourist attraction already.”

Vivid Travel, which launched as a bespoke tour operator in September, will still be able to create holidays with trips to see the Komodo dragons, de Lancey added.

He said: “We will still be able to sell the tours, but it’s a shame I won’t have that first hand experience. I’ll have to have a Skype meeting with one of the guides instead.”

The hope for the operator, which sells through travel agents specialising in the luxury sector, is that the media attraction the volcano has brought will not deter UK tourists from travelling to Bali, and Indonesia in general.

De Lancey, who had already been in Indonesia for eight nights before the volcano erupted as part of a two-week trip to put together itineraries for his company, added:

“I don’t want this to put people off coming to Bali in the future. It’s an incredible destination that I’ve had the pleasure to see first hand and although this has caused a bit of disruption they haven’t had a major eruption in something like 60 years – so it’s not regular.”