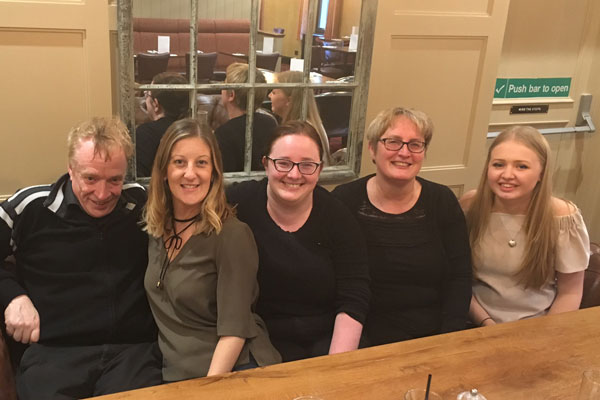 A fundraising appeal has been set-up for the families of 17-year-old travel agent apprentice Chloe Rutherford and her boyfriend Liam Curry, 19, who were killed in the Manchester bomb attack.

Members of the travel industry are being encouraged to back the campaign which is hoping to raise £10,000.

Chloe Rutherford worked at Westoe Travel in South Shields and was due to become full time in June.

She was among the 22 who were killed in the attack on Monday night along with her boyfriend Liam.

A Just Giving page has been set-up by Manchester agents Ken Garrity, of Ken Garrity Travel, and Jill Waite of Pole Travel.

Waite said: “It’s just unbelievable what happened. We are so close to Manchester so we all know somebody who was there.

“We’re hoping that the industry will unite and get behind our fundraising campaign by sharing it on social media and digging deep to help us raise money for Chloe and Liam’s families.”

Garrity said: “We’re Manchester agents first and foremost and so close to what’s happened. We want to help our friends in South Shields.

“People in our industry will relate to Chloe so let’s support our own. Travel is like a village and it’s about helping each other.”

Around 1,000 people observed a minute’s silence outside South Shields Town Hall this morning in memory of Chloe and Liam.

A book of condolence has also been opened for residents to leave tributes.

Owner of Westoe Travel, Graeme Brett, said Chloe was “always smiling” and no task was too much to ask.

Chloe worked at the agency two days a week while she was finishing her studies at college.

Brett said: “She was very happy and always smiling giving everyone else a warm feeling.

“She was very mature for her age and took to it (being an agent) straight away.”

Brett said music was another of her passions, alongside travel, and he is hoping a local talent show which the agency sponsors every summer will this year be held in her honour.

Business development manager at Funway Amy Drummond described Chloe as an “absolute sweetheart” and “one of life’s nice people”.

She met Chloe during a night out with staff from Westoe Travel earlier this month.

“We got on really well.  I was telling her what a great life she had ahead of her in travel,” she said.

“She was such a lovely girl, an absolute sweetheart, one of life’s nice people. I was really looking forward to spending more time with her. It’s devastating.”